The election threat was removed last night after MK Hauser’s compromise proposal was approved by the Knesset plenum. The government’s task of submitting a budget for the Knesset’s approval or the Knesset would be dissolved and Israelis would go to the polls was been postponed for four months. However, this is only a temporary solution, and alongside the calls for unity and cooperation, it is clear that the degree of trust between the Likud and Blue&White is still very low.

But there’s no doubt that in the struggle with Gantz for control over the political narrative, it was Netanyahu who blinked first. The Blue&White chairman planned to deliver his combative speech ahead of the Knesset vote at 8:30 PM. So Netanyahu rushed to record a video which was delivered to the news rooms 15 minutes earlier, in order, as it were, to neutralize the sting of the alternate prime minister’s speech.


In the video, the Prime Minister agreed “in advance” to the uncompromising demands of his senior coalition partner, thus hoping to leave the surprised Gantz without a message. But this did not stop Gantz, who turned to Netanyahu with hearfelt words and called on him to stop playing games and commit to serious work in an effective government.

In contrast to Netanyahu’s video, in which the Prime Minister appeared as usual in a polished and eloquent style, Gantz’s video, which as usual sounded rough and vulnerable, created empathy and sounded human. This does not mean that Gantz is less cynical than his opponent, but it does mean that he was surprisingly agile at charging ahead of Netanyahu who tried to charge ahead of him.

Netanyahu is fearful of the appointment of the next state attorney, so he demanded that before the plenum vote on the Hauser compromise, the government would vote on a decision that the search committee to select the attorney would be bipartisan, meaning that the candidate proposed by the Justice Minister must receive the consent of both Gantz and Netanyahu. Otherwise, the PM threatened, no permanent state attorney would be chosen.

Gantz demonstrated remarkable toughness, and called Netanyahu’s bluff. And then the two Haredi parties, Netanyahu’s backbone in the coalition, made it clear to his staff that they would support Hauser’s proposal and let Netanyahu understand that dispersing the Knesset and going to the polls, at the height of the worst economic and health crisis in the country’s history, would be on his hands. They also suggested that the PM, who is about to attend his own criminal trial in January, three times a week, every week, would be seen by the public as a defendant who demands the authority to appoint his prosecutor.

Justice Minister Avi Nissenkorn, who will appoint the next state attorney—who will no doubt be unfriendly to the prime minister, made it clear Tuesday morning that Blue&White would not back down from its objection to “politicizing appointments.” Which is leftwing for appointing our guys instead of your guys.

Minister of Higher Education and Water Resources Zeev Elkin (who is the one man in Israel able to ease the pain of thirsty schoolchildren) said the government could only function if Blue&White understood that they cannot continue function as an opposition from within the government. Which is rightwing to when you attack us it’s bickering, when we attack you it’s policy.

“Our principles are clear,” Nissenkorn said in an interview on Army Radio. “We need to focus on the struggle against the corona and on the socio-economic issue, and there will be no politicization of appointments as we said. We want unity, and want to give the State of Israel an opportunity to get out of this difficult situation. We come from a true belief that Israel must unite and focus on important issues, and we must ensure that there is independence of the system which is responsible for Israeli democracy and the rule of law in the legal sense.”

Which is not to say that as soon as Netanyahu’s trial begin, Blue&White would discourage an appeal to the High Court of Justice to have him removed because he fails to both run the ship of state and his defense at the same time. And that’s why Netanyahu is going to be fighting like the lion in winter that he is, fangs and nails, to make sure the new state prosecutor is not out for his blood.

Minister Elkin also spoke in favor of the unity of the government on Army Radio, but insisted it was Blue&White that should change its conduct: “We want the government to work, so we also supported postponing elections and allowing four months for a restart and trying to get the government to act in a normal fashion,” he said. “This requires partners and that there won’t ever be another opposition within the government.”

“It’s inconceivable for the cabinet not to convene, as has been the case in recent weeks, and that our partners would have a veto power,” Elkin continued. “Once our partners understand that when you are in government you can’t at the same time also enjoy the feeling that you are in the opposition – then, despite all the big ideological differences between us, we can work together. They just have to change their attitude and start working together, and I really, really hope this is what will happen.” 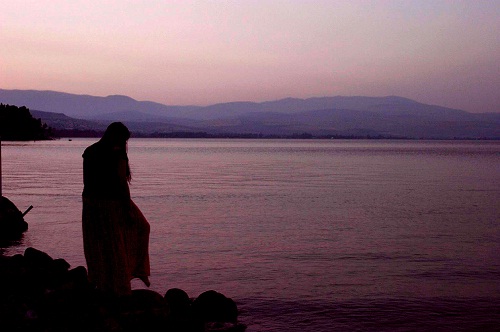 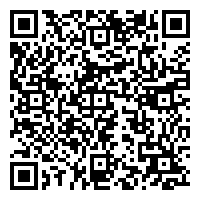