Knesset Internal Affairs and Environment Committee Chairwoman MK Miki Haimovich (Blue&White) said on Monday at a joint meeting with the State Control Committee on Israel Police’s work procedures during demonstrations that “we are in the midst of a critical crisis of trust between the citizens and the state authorities, and this crisis is creating impossible situations for both sides.”

The honorable MK should know. On October 3 she participated in a demonstration against Prime Minister Benjamin Netanyahu in Tel Aviv, but claimed that this was in response to public inquiries from protesters about illegal police practices. At least one coalition member, Likud MK Shlomo Karhi, questioned the propriety of a fellow coalition member demonstrating against the PM.


“The Likud must demand the dismissal of MK Haimovich from her position as chairman of the Interior Committee immediately,” MK Karhi demanded. “She is protesting against the government, voting against its decisions and uses her position to convene hearings on the arrest of anarchists.”

Haimovich had a different view regarding her participation in the protest, stating: “Tonight, too, I received many complaints from demonstrators about violence being used against them, about and their being cornered without the ability to leave. I came to the area to see for myself, and I am very worried.”

“I tried to talk to the incident commanders on the ground to prevent violence, but unfortunately without success,” Haimovich noted. “The police used unreasonable force tonight, and it seems that almost every action they took only fanned the flames.”

“The purpose of this meeting is to create a correction, not to create more chaos,” Committee Chairperson Haimovich opened the debate. “On one hand, the police is trying to permit the demonstrations, but on the other hand it employs practices that only fan the flames on the ground, including kettling – the containment of protesters in a small area for many hours – and arresting key activists in the protest even before the demonstration begins.”

Kettling is a police tactic for controlling large crowds during demonstrations. It involves the formation of large cordons of police officers who then move to contain a crowd within a limited area.

“Despite the impossible situation the police has been pushed into by the political echelon, and despite the immense pressure that is being applied, I believe that the senior police officials are committed, first and foremost, to the basic principles of Israeli democracy, and I know from past meetings in the committee that Israel Police knows how to draw lessons, move aside the pressures it is in and assume the role of the responsible adult,” Haimovich said.

State Control Committee Chairman MK Ofer Shelah (Yesh Atid-Telem) said: “There is not going to be a field trial here of the police because this is not the position of the Knesset in dealing with the police, which is doing the most difficult job these days in impossible conditions, and some of this is manifested in the senior police commanders’ refusal to appear before the committee.”

“It is very clear to me that this stems from the intensity of the political pressure that is felt by top police brass. This cannot be detached from the situation in which there has not been a permanent police chief for two years, and I assume the senior echelon fears it may [hurt its chances for a promotion]. This is Netanyahu’s method – to keep people in fill-in positions as their jobs hang in the balance. This causes damage to the police itself,” Shelah said. 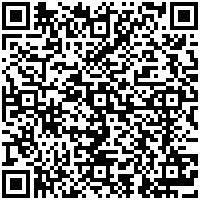