MK Ghaida Rinawie-Zoabi (Meretz) has been in the news a lot lately after quitting Bennett’s coalition. Zoabi is an Israeli-Arab in the radical leftwing Meretz party. She most recently refused to vote with the coalition on the Judea & Samaria bill which helped cause the bill to fail to pass.

Zoabi, a staunch pro-Arab ideologue, has presented a difficult challenge for the coalition. There was an attempt to get her out of the Knesset by appointing her to be the Consular-General in Shanghai, that was until the Foreign Ministry realized her political positions are anti-Israel, and that’s not a great quality to have in such a sensitive and important diplomatic mission.


Yair Lapid and the coalition attempted to negotiate a different compromise or exit with her, but her various demands were impossible for them to meet. The coalition wants to replace her with a more compliant Meretz MK.

Zoabi said she has no intention of quitting the Knesset and will continue to fight for her beliefs and the Arab community.

Zoabi told Kol BeRama radio that for the past few weeks she has been receiving death threats from the “Just Not Bibi” crowd. Some of whom she described as violent fanatics.

The “Just not Bibi” crowd are afraid this government will fall and Benjamin Netanyahu will become prime minister again. 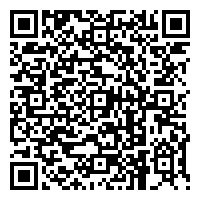