The number of key and senior Iranian officials whose mysterious death is attributed to Israel is constantly climbing, and therefore Iran is seeking to hurt Israelis in response, primarily in Turkey, several Israeli experts are warning.


Two weeks ago, the travel warning to the public for Turkey was reissued in the wake of security concerns regarding Iranian attempts to attack Israeli targets around the world, especially in Turkey.

The NSC called on Israelis currently in Istanbul to leave the city “at the earliest opportunity,” and on Israelis planning to travel to Turkey to avoid doing so until further notice.

Israeli reports say several attempts by Iran to carry out terrorist attacks have been thwarted in Turkey in recent days. The defense establishment estimates that if there had not been joint counterterrorism activity by Israel and Turkey, “a considerable number of terrorist attacks” would have been carried out.

Turkish intelligence reportedly recently arrested several agents of the Islamic Revolutionary Guard Corps (IRGC). Some have not yet been caught, hence the fear of a pending attack.

The director of the Institute for National Security Studies (INSS) Maj. Gen. Tamir Heiman, former commander of the IDF’s Military Intelligence Directorate, explained that “Iran is under pressure and the statements are an expression of the failure to take action so far.”

Yaakov Amidror, former head of the National Security Council, told IDF Radio that “the Iranians are counting their dead and feel that they are under attack.”

“They have an ancient debt since the assassinations of [Qasem] Soleimani and [Mohsen] Fakhrizadeh, and it is important for them to respond to make it clear that such actions have a price,” he said.

Yossi Adler, head of the intelligence division of the National Security Council told 103fm Radio that “there are Iranian terrorist elements whose main mission is to harm Israeli civilians in Turkey. It is a sharp and clear matter. If there was no tangible threat, the business would not be reflected in such a way to the public.”

Most recently, Rashid Islam Pasdaran, “Ali Kamani”, a member of the IRGC Aerospace Unit, “died in a car accident” in Khomein city on Sunday, and Mohammad Abdous, an employee of the Semnan Air Defense Base in northern Iran, was declared as being “martyred” on Sunday. Iran’s defense ministry emphasized that both officers died “on a mission” and called them both “martyrs” without providing an explanation.

Before that, IRGC Colonel Ali Esmailzadeh died “in an incident” at his home.

He was a close colleague of Colonel Hassan Sayyad-Khodaei, the acting commander of the elite Qods Unit 840, who was shot dead outside his home in Tehran on May 22 by two gunmen who fled the scene.

The New York Times reported Monday that Iran suspects Israel has poisoned two of scientists in the past month, including Entezari, the aeronautical engineer, and Kamran Aghamolaei, a geologist involved in Iran’s nuclear program in Natanz.

Israel’s defense establishment is closely monitoring Iran’s official threats for revenge and has stepped up alertness and security in all Jewish and Israeli institutions around the world. 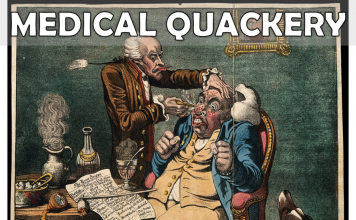 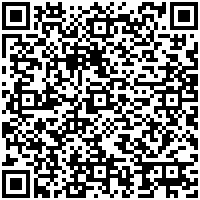