The Knesset on Monday passed an amendment to the Campaign Finance Law requiring registration of individuals or groups wishing to become involved in election campaigns outside the parties or factions that are in the running. The law, submitted by MK Yoav Kisch (Likud) was passed by a majority of 41 to 27.

The law defines the following as election-related activities: creating a database containing voter identification information alongside information about their voting intentions; unlicensed, free transportation of voters on election day in order to secure their votes; direct appeal to voters to vote for or against a specific list; and propaganda calling on individuals to vote for or against a particular list.


The amended law sets three levels of requirements for fundraising and election-related activities:

From $$27,000 to $110,000: registration with the state comptroller is required, as well as imposition of limits on individual donations.

Above $110,000: mandatory registration as the equivalent of the US Political Action Committee (PAC), appointment of an accountant, and stricter limits on individual donations.

In addition, while receiving donations from abroad is permitted, they must not surpass a third of the overall amount donated.

Overall, the limit on combined donation to any such registered PAC was set at $165,000.

According to a US Senate inquiry, the US government supported the PAC V-15 that tried to unseat Prime Minister Benjamin Netanyahu last year to the tune of close to $350,000.

In the US, a an organization may financially support a standalone PAC, these expenditures are considered contributions to the PAC and are subject to the dollar limits and other requirements. However, since the 2010 election, a new political committee, the “super PAC,” has come to life. They may not make contributions to candidate campaigns or parties, and must operate independently of the campaigns. However, unlike other PACs, there is no legal limit to the funds they can raise from individuals, corporations, unions and other groups, provided they are operated correctly.

The new Knesset amendment to the Campaign Finance Law does not deal with the possibility of super PACs. 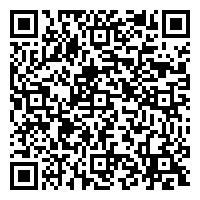