​The Knesset Plenum on Monday voted down three motions of no-confidence submitted by the opposition factions.

The Likud motion entitled “A Government relying on elements that reject the existence of the State of Israel as a Jewish state, in contravention of a basic law and contrary to the spirit of the Declaration of Independence” was rejected by a majority of 65-50.


The Joint Arab List motion entitled “Incremental undermining of the status quo at Al-Aqsa Mosque” was rejected after a roll-call vote by a majority of 53-6.

The United Torah Judaism and Shas motion entitled “A trefah [non-kosher] Government” was rejected by a majority of 59-50.

Minister Zeev Elkin responded on behalf of the Government: “After Netanyahu and his supporters did everything possible to include Ra’am in the coalition under his leadership without success, the inclusive and embracing worldview towards the Arab sector and the leaders of the Ra’am faction became a worldview of rejection and scorn towards them. Why? For only one reason, because the members of Ra’am chose to go another route, just because they joined forces with a Government that is not led by Netanyahu. Netanyahu does not really care who rejects the existence of the State of Israel as the state of the Jewish people, because he was willing to make a coalition with them. Regrettably, he cares about only one thing, he rejects the existence of Netanyahu as Prime Minister. And that is the great sin of this Government and of Ra’am.”

MK Yitzhak Pindrus (United Torah Judaism) said, addressing the Religious Services Minister: “The Haredi Badatz organizations will gain from your reform. A rabbi in Shoham won’t gain, the Haredi Kashrut organizations will gain. But we’re not worried about ourselves, we’re worried about two million traditional Jews who eat kosher. Where is your love of the Jewish people, when it comes to Masouda from Sderot and Shimon from Dimona, who will not have Kashrut because of you?” 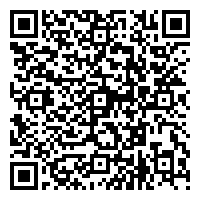