Knesset Speaker Miki Levy, from Yair Lapid’s Yesh Atid party, has expressed his strong opposition to getting through the house in a lightening vote the “Defendant bill,” which seeks to prevent a person who faces criminal indictments from being appointed prime minister (Knesset Speaker Kills Anti-Bibi Bill, For Now). The bill might as well be dubbed the “Netanyahu bill,” since its immediate target is the Likud chairman.

Speaker Levy is not necessarily opposed to the concept of the bill––he actually supports the general idea––but on Tuesday he told senior coalition officials that he strongly opposed passing it hastily and swiftly, and as part of the legislative process to dissolve the Knesset. This is a basic law that deals with a fundamental issue of the right to be elected, Levy argued, and requires a deep and professional debate, and not a quick procedure which is openly intended to jeopardize the political future of Benjamin Netanyahu and would damage the Knesset’s reputation.


In October 2021, Justice Minister Gideon Saar presented the memorandum of a law aimed at preventing the formation of a government by a defendant who is under indictment punishable by at least three years in prison and which is accompanied by disgrace (the disgrace attachment removes the convicted defendant from political life for seven years – DI).

The law in Israel already removes from office government ministers and heads of municipalities who face criminal charges. Minister Saar’s main argument was that since a prime minister has the ultimate control over law enforcement agencies and the prosecution, having a criminal defendant attain this office while facing charges in court constitutes a clear conflict of interests. This is not the same as forcing a serving prime minister to resign after he or she was charged, since at that point there are protected by the presumption of innocence.

Coalition chairman Boaz Toporovsky, also from Yesh Atid, on Wednesday morning, told Reshet Bet radio: “Yesh Atid supports passing the defendant bill. Every party in the coalition has a veto over the enactment of basic laws. To date, Yamina objected to the Defendant bill, but apparently, now it does not oppose it and therefore it will be promoted. It’s absurd that in Israel there’s a party where a criminal defendant is a candidate for prime minister. Most citizens know it doesn’t make sense and I hope it will be expressed in the ballot box.”

Israel Beiteinu MK Eli Avidar, who has been pushing the bill, told Reshet Bet, “I very much hope the story is wrong, I intend to talk to the Speaker of the Knesset this morning and clarify the matter with him.”

Labor MK Naama Lazimi said: “The defendant bill must be passed. It’s correct, it’s moral, and it’s why this government was formed in the first place. Mickey Levy’s statement is worrying and I believe we in the Labor Party will work to get the law passed ASAP.”

On Tuesday, the Knesset committee (chaired by rogue Yamina MK Nir Orbach) approved Yesh Atid’s request to submit a bill to dissolve the Knesset for a preliminary reading at the plenum. Yesh Atid wanted to complete the dissolution vote on Wednesday, but the Likud party and the Knesset’s legal counsel objected.

Likud Chairman Benjamin Netanyahu said he needed ten days to try to cobble together a right-wing coalition government. Should he succeed, his new government could also thwart the defendant bill.

Finally, it appears that all the Knesset factions are more interested in debating the defendant bill than they are in passing it – since the chances for it becoming law between now and the dispersal of the house are very low. But the bill is sure to become part of everyone’s agenda in their election campaigns, and so making a point for or against the bill has become paramount to everyone.

The bill has so far received the support of Yesh Atid, Blue&White, Israel Beiteinu, New Hope, Labor, Meretz, and the Joint Arab List. Likud, Shas, United Torah Judaism, and Religious Zionism oppose the bill. Yamina and Ra’am have not taken a public stand regarding the bill, but the new PM, Yair Lapid, may be able to solicit enough support from these two factions to complete the 61 needed yea votes. 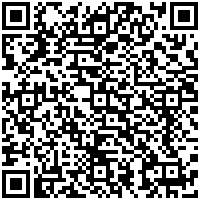