Israel Beiteinu chairman Avigdor Liberman has made it clear now that he does not intend to join a narrow government led by Benjamin Netanyahu, one day after he had promised to do just that. In a Thursday interview with Yedioth Ahronoth, the somewhat indecisive Liberman said that Likud and Blue&White “have made a strategic decision not to go a unity government,” and explained that his statement about going with Likud had been intended to put pressure on Gantz.

Next Wednesday, the 22nd Knesset is expected to disperse, and the State of Israel will embark on a third election campaign within a year. One side effect of this stalemate is that Benjamin Netanyahu will continue to serve as prime minister for at least another five months at the head of an unelected, caretaker government. This paralysis spells great suffering in many sectors in Israel, as this government is not authorized to change the 2018 budget to mend growing problems in health, welfare, education, transportation, and even defense.

Cohen added: “I told him that he should not retire. He is greatly appreciated. He is considering his steps. In the future, they will miss Finance Minister Moshe Kahlon.”

Not us, but someone might miss him. Not his past voters, either, they’ve learned better. Also among those who won’t miss Kahlon: Israelis who wanted to invest in second and third apartments as a means of preserving the value of their money for their retirement in a half-percent interest market environment. They were persecuted by the failed Treasury Minister – a scandal that ended with thousands of wealthy Israelis investing in real estate in Europe, Canada and the US. No, Israelis won’t miss Kahlon, whose party plummeted from 10 to 4 seats, and then, when he joined Likud, the move didn’t move the needle by even one mandate.

Liberman told Army Radio Thursday morning: “We are going to very difficult, very turbulent elections, and no one knows what level of cursing and slander we will reach in the coming campaign.”

In the same interview, Liberman added that at this stage there is no chance for a unity government, so that there’s no point in his supporting a particular candidate who would receive a two-week mandate to assembling government, “if there’s no Hanukah miracle at the end.”

He said that if Netanyahu had wanted a working narrow government, he would have worked hard on it at the expense of the Haredi parties. In other words, Liberman would have joined such a government had the Haredim agreed to the new draft law, public buses and open supermarkets on Shabbat, civil marriages, and transferring the powers of the chief rabbinate to local city rabbis.

Should have included jumping off the Azrieli skyscraper’s rooftop.

Liberman criticized Gantz who had refused to trust that Netanyahu honor his commitment to a five-month first stint in a rotation government, even though “all the party leaders have told him – we are your guarantors, we will take care of all the agreements, if Netanyahu breaks them, we would cast him aside and continue with you.”

Despite Liberman’s comments that he would not join a narrow government, not this Thursday, anyway, some in Likud still believe that he can be persuaded to join a narrow, rightwing government and possibly even return to the Likud itself as a rank and file member (Liberman was appointed Likud CEO in 1992, became Netanyahu’s chief of staff after his election as PM in 1996, and resigned in 1997).

More than 60 Likud municipal heads have already confirmed their appearance next Monday at a conference organized by Petah Tikva Mayor Rami Greenberg titled: “Liberman, come home.” Liberman is the only national politician there, and conference speakers will try to convince him to return to the Likud, and join a narrow rightwing government. Liberman’s office confirmed that he plans to show up.

Would Likud members prefer Liberman in a direct primary involving him and Bibi? Good question, right? Especially if he brings along his 7 MKs… 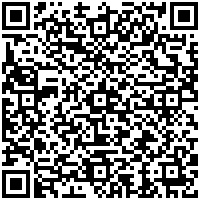