A special poll presented Wednesday morning on 103FM, reveals that the Likud, led by PM Netanyahu, continues its dive and would reach only 31 seats if the elections were held on Tuesday. Blue&White and Yesh Atid, which before their split had 33 seats, now reach only 29, 10 for the fragment led by Gantz and 19 for Lapid’s faction. Yair Lapid is currently the head of the opposition in the Knesset.

The survey, conducted by Menachem Lazar, director of Panels Politics, shows that within about two months, the Likud has lost 10 seats in the Knesset, starting on May 27, when the same pollster showed the ruling party with 41 seats. Each consequent poll Lazar published since that peak has shown a steady decline, which reached its lowest point so far Wednesday morning.


The survey also shows that the Joint Arab List is getting stronger, going from 15 to 16 seats; Yamina increasing from its current 6 to 13 seats, and Yisrael Beiteinu up from 7 to 8 seats. The Haredi parties remain the unchanged, Shas with 9 seats, United Torah Judaism with 7. Meretz gets 7 seats, while its former partners which abandoned the leftwing coalition, Labor and Gesher, evaporate. Otzma Yehudit, Derech Eretz (a 2-man splinter group from Blue&White), and Habayit Hayehudi also go puff.

If the elections were held today, the rightwing bloc, along with the Haredi parties, would have gotten only 47 seats. The opposition party Yamina, if it were asked nicely, could bring that figure up top 60. The The center-left-Arabs bloc would control 52 seats. Avigdor Liberman once again can join a broad, rightwing coalition or produce complete equality between the two blocs.

What do you think Liberman will do?

The survey asked respondents what they thought of the conduct of Israel Police in dealing with demonstrators outside Prime Minister Benjamin Netanyahu’s residence and elsewhere. No less than 44% of respondents believe the police are influenced by political considerations in handling these demonstrations. Only 33% believe police conduct is based on professional decisions alone. On the right, about a third thought that political considerations were involved in the way the police treated the demonstrators.

The survey, conducted Tuesday, involved a representative sample of the adult population in Israel, Jews and Arabs, ages 18 and over. The survey used the responses of 525 members of a pool that includes 3,650 members. The maximum sampling error is +-4.4%. 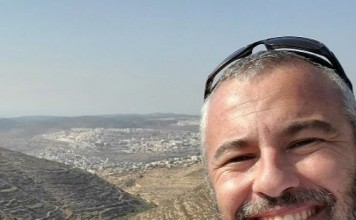 The Quirks of Creation and a Spicy Election 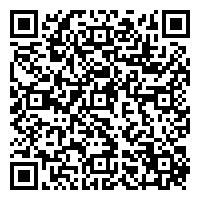