The Tuesday morning confrontation between the Knesset Coronavirus Committee and the Netanyahu over which sectors of the Israeli economy to shut down will probably be the last of its kind. In the latest attempt to wrest any semblance of independence from the legislator, the government is pushing a new “mega-coronavirus bill” that takes away any real authority of the committee to approve or revoke restriction orders issued by the government.

According to the draft bill obtained by Kan 11 News, the authority to approve or revoke restriction orders would no longer be in the hands of the Coronavirus Committee but would be divided instead among four different committees: the Constitution Committee, Education Committee, Labor, Welfare and Health Committee, and the Economy Committee.


Following the expected passing of the new law by the Knesset Wednesday night, there will be a transition period of one to two weeks for the purpose of enacting relevant regulations – which means that during this time period the government would no longer need to go through the Coronavirus Committee. And when the dust settles, the Coronavirus Committee will become a toothless entity.

Here’s something of a surprise: Health Minister Yuli Edelstein, who spoke bravely against the rude intervention of the Supreme Court in the orderly operation of the Knesset (he was the Speaker back then and resigned in protest: Knesset Speaker Edelstein Resigned Over High Court’s Meddling: I Won’t Support Civil War) now has no problem leading a move by another branch of government – the executive – to subvert the operations of the Knesset. Apparently, principles, too, matter of geography.

This will conclude the short but fierce battle between the committee’s chairwoman MK Yifat Shasha-Biton (Likud) and the prime minister, after the former had challenged the latter’s orders a few times too many. Last week, Shasha-Biton rejected the government’s request to approve the closure of swimming pools and gyms, insisting there was no reliable data on infection and morbidity in these places. And last Saturday night, Shasha-Biton told Channel 12’s Meet the Press that her committee’s decision is expected to remain the same.

“There are currently no new data. Even in the explanatory statement of the government decision, they explicitly write that there are no new data. They will have to explain to us why, despite the absence of any new data, they decide once again to close down both the pools and the gyms,” she insisted.

In an interview with Reshet Bet radio, Shasha-Biton said that “there are professional people sitting in government who are debating issues, but then there are other factors.”

By “other factors” she meant Coalition Chairman MK Micky Zohar (Likud), who has been threatening to fire her for insubordination. Zohar also threatened to fire Finance Minister Israel Katz because Katz revealed on opn mike during the same committee’s debate that Zohar supports keeping event halls open because his cousin owns one. Don’t ask, the nation was glued to the television screens, we took in everything.

“We also bring in the public to our committee and discuss the issues for hours, how to balance the treatment of the health crisis with the economic crisis,” the chairwoman said.

Well, she could continue to discuss whatever she wants with as many members of the public as she wishes – in the end she won’t have the power to order the cops not to raid gyms and swimming pools – event halls are already taken care off, apparently.

Shasha-Biton and Health Minister Edelstein were unable to reach an agreement Monday night on restaurants. Edelstein wants to limit the number of diners seated on the sidewalk outside the restaurant to 50, while Shasha-Biton agrees to ban diners from sitting inside the building, but believes that the number of diners outside should not be limited, only be required to follow the guidelines (facemasks and 6 ft. distance). 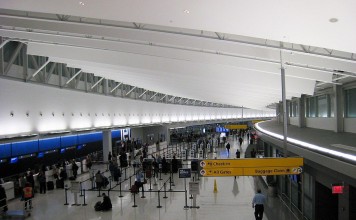 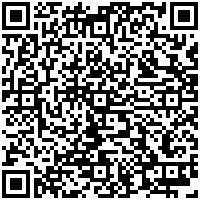