“The people expect us, both of us, to show responsibility and work for a cooperation,” Netanyahu said. “Which is why I call on you, Benny, let’s meet today, any hour, anytime, to push this move which is the order of the day. We are not permitted and there is no reason to go to a third election – I am against it. The order of the day is a broad unity government, today.”

With more than 95% of the votes counted, Blue&White has won 33 seats in the 22nd Knesset while the Likud has retreated to 31 seats. The center-left bloc (including the Arabs but without Liberman) rose to 57 seats, while the rightwing-Haredi bloc has 55 seats. But the Balad party, which has 3-4 seats in the Joint Arab List faction, has announced it won’t recommend Gantz to the president, bringing down his bloc to 51-52.

In his statement, the prime minister said that during the election campaign he had called for the establishment of a rightwing government, but unfortunately the election results show that this is not possible. “The people did not decide between the two blocs,” he conceded. “So there’s no choice but to form a broad unity government, as wide as possible, consisting of all the components to whom the State of Israel is dear.”

Yamina senior member Naftali Bennett said Thursday morning that a national unity government led by Netanyahu should be established, and anyone who believes in a Jewish and democratic Israel is welcome to join.

“No one is disqualifying anyone,” Bennett stressed. “We don’t disqualify the Haredim, Lapid, and certainly not Netanyahu. The people decided on unity, the people want a government that will go back to running the economy, education and security.”

“Everyone is going to have to compromise,” Bennett added.

And now the country is holding its breath to hear Gantz’s response. 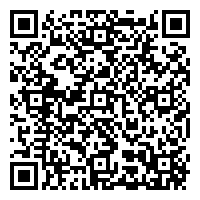