Those of us who believe in the principle of separation of powers are about to learn yet another painful lesson in how the separation thing is practiced in Israel. On Monday, MK Yifat Shasha-Biton (Likud), Chairwoman of the Knesset Coronavirus Committee, rejected the government’s request to approve the closure of swimming pools and gyms, insisting there was no reliable data on infection and morbidity in these places.

On Saturday night, Tonight, Shasha-Biton told Channel 12’s Meet the Press that her committee’s decision is expected to remain the same. “There are currently no new data. Even in the explanatory statement of the government decision, they explicitly write that there are no new data. They will have to explain to us why, despite the absence of any new data, they decide once again to close down both the pools and the gyms.”


“As we did the previous time, we will sit down and debate, hear all the professionals and make the decisions according to what is put on the committee’s table.”

In recent weeks it has been discovered that in many cases government decisions to close this or that branch of the economy have no factual basis, and in at least one case, Health Ministry officials have relied on unscientific interviews published in the US by Reuters, the NY Times, NPR and other news outlets that reflected not scientific data but the views of 529 epidemiologists on what were more and less dangerous places where one could catch the virus.

The Health Ministry, as was shown by the witty TV presenter Guy Zohar on Kan 11 on July 7, did not even bother to examine these opinions, but did a copy & paste of the original chart which they translated into Hebrew.

How do you know they just copied and pasted? Because the Health Ministry’s list included a casino as an example for a medium risk place.

There are no casinos in Israel. But on the list in the American newspapers there is.

In short, Shasha-Biton refused to approve the closure of various places of business and entertainment without a factual basis showing they have indeed been proven to facilitate contagion.

“We can’t continue working like this,” said Netanyahu’s office on Saturday in response to the reasonable statement of the Likud chairwoman of the coronavirus committee.

In other words, how dare this lowly legislator oppose the executive branch? What do we have here, a Madisonian democracy?

Immediately after the “disappointing” committee vote on Monday, Coalition Chairman Miki Zohar told Shasha-Biton: “You are finished, we will replace you.”

The Likud faction immediately initiated the replacement of Shasha-Biton on the same day, but after a few hours changed its mind—in light of the bad reception in the local press—and announced that disciplinary measures would be taken against her instead.

Despite that statement, the government did approach the Coronavirus Committee to discuss on Sunday the approval of the same restrictions it rejected before.

But likely with a new chairperson.

In the Israeli national elections the people elect the next Knesset, where a coalition of a majority of the parties is formed, whose members serve as government ministers. This already constitutes a problem, in terms of the ideal of the separation of powers, but wait, there’s more.

Most of the bills that are passed by the Knesset first pass a vote in the Ministerial Committee on Legislative Affairs, and only the bills that have been approved by these ministers go on to a vote in the Knesset. Of course, every MK has the right to offer bills, but without government support – that is, coalition support – there’s little chance that they would pass.

Does this mean that the Knesset is just a rubber stamp that approves government laws?

In many cases, absolutely yes.

At a meeting of the Knesset Finance Committee a few weeks ago that debated a coronavirus-related bill designed to stream financial aid to the economy, many coalition MKs, including from Shas and the Likud, opposed the bill. But Finance Minister Israel Katz took over the meeting, refused to hear any contrary opinions – from his own party members – and reminded them they were compelled to approve the bill under the rule of coalition discipline. It means that if you’re part of the coalition and don’t vote with the government, your political career is over. Ask former Likud MK Moshe Feiglin. He voted once against a coalition bill and was frozen out of all his committee appointments.

There was a similar case last week, when the Knesset was rushed to enact a law that gave the government the power to impose orders and carry them out even without the approval of the Knesset. Yes, the executive branch in Israel passed a law allowing it to bypass the parliament. Those bypass laws stay alive for ten days at which point they die unless the Knesset approves them ex post facto.

Shasha-Biton said on Saturday night: “I am a member of the coalition and respect the government’s decisions. A key part of the work of the Knesset is to review the work of the government and if there are mistakes – they need to be corrected. My job is to examine the best way to fight the virus, to maintain the mental and physical health of the citizens and to save the livelihoods of tens of thousands of workers. I came here for one purpose, to serve the people of Israel. If I have to pay a personal price for it – I will accept it lovingly.”

Would Madam like her execution with or without a hood? Cigarette? 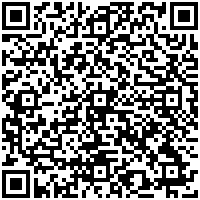