Following the signing of the coalition deal between Likud and Blue&White, the Likud is still trying to reinstall former Knesset Speaker Yuli Edelstein in his old job. The issue was raised during Monday’s negotiations, and some Blue&White seniors expressed their willingness to reverse their opposition to the appointment. It could be their eagerness to get the coalition talks over with, but according to Kan 11 News, the feisty defender of the parliament’s prerogatives against the High Court marauders may get to ride high on his plenum seat again.

There’s another reason for hope on that count: Blue&White Chairman Benny Gantz has his own post-signing wish: he wants Israel Beiteinu Chairman Avigdor Liberman to come back to the government. It appears that over the past few months of scheming together, Gantz has developed a good relationship with the burly Moldavian, and he wants him in his corner for those inevitable cabinet clashes with Netanyahu.

Gantz appealed to Liberman to join him during the negotiations, but the latter rejected the initiative, which is what Liberman does. But Blue&White insiders told Kan 11 Gantz is very likely to serenade Ivet many more times, and offer to give him some of his party’s portfolios to sweeten the deal. It would be well worth it, incidentally, because no one knows how to beat Bibi better than his former right hand man Liberman.

Liberman posted on his Facebook page on Monday: “I welcome the establishment of the government, even though it’s not the unity government that the public wanted and which is urgently needed.”

And here Liberman inserted a line so rife with mixed metaphors, it should be immortalized somewhere, maybe as an epitaph: “This is another government of Netanyahu and his Haredi-messianic bloc with a fig leaf on which hang two senior falafels.”

A falafel is an Israeli colloquialism for the shoulder ranks of senior IDF infantry officers (major and up): 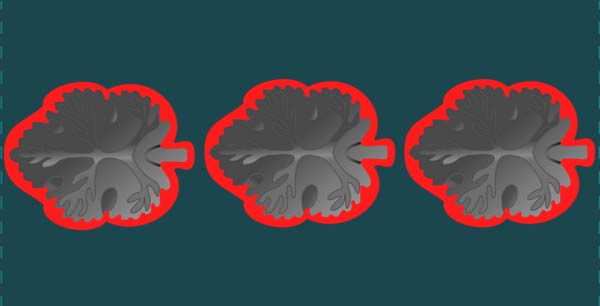 Netanyahu and Gantz spent most of their face to face negotiations preparing for the moment when 61 MKs’ signatures will be submitted to President Reuven Rivlin, recommending that he assign the establishment of the next government to one Benjamin Netanyahu. That’s in keeping with the president’s direct request of the Knesset.

As soon as this is done, there will be a stampede of all the many parties, interest groups and NGOs to the High Court of Justice, because that’s when Netanyahu’s right to form a government while facing three criminal indictments will have turned from hypothetical to very real, and the High Court would be fresh out of excuses not to rule on it.

However, as soon as the president embraces the 61-MKs recommendation and assigns the job to Netanyahu, there’s a good chance the High Court would be reluctant to get involved. Yes, folks, this is the stuff of great political drama, the kind Poli Sci graduates live for.

Which is why both major coalition partners are determined to finish up every prerequisite legislation they had agreed upon by the time Bibi gets the nod: there’s the PM rotation bill (gotta’ make sure Netanyahu doesn’t have a way to wreck the 3-year deal when his 18 months are up), the new Deputy PM bill, and the bill that overrides the law that limits the number of government portfolios: the new government will feature as many as 36 portfolios. In fact, almost every member of Gantz’s Blue&White will become a minister. It’s like Gantz is channeling Oprah Winfrey: You get a portfolio, and you get a portfolio, and you, too, get a portfolio.

And as soon as the legislative train de grande vitesse leaves the station with everybody onboard – the 61 signatures will go to the president, the opposition parties and the rest of the anyone-but-Bibi crowd will storm the High Court, and as soon as the president says “I do,” the happy couple Bibi and Benny will rush their appointed government to the Knesset for a confidence vote and a L’chayim.

And a year and a half later, Gantz will replace Netanyahu as prime minister.

Prime Minister Netanyahu will be allowed to present to his coalition government and later to the Knesset his sovereignty bill in July, in keeping with the Trump declaration. No one knows at this point if this sovereignty would include all of Israel’s Area C in Judea and Samaria, or only the Jordan Valley.

The two major parties will share the power positions in the Knesset: the Speaker’s gavel will return to the Likud, but not necessarily to Edelstein; Blue&White’s Avi Nissenkorn already chairs the Knesset Regulation Committee, and rightwing-leaning MK Zvi Hauser from the Derech Eretz splinter group will take up the seat of the opposition representative on the Judicial Appointments Committee, which will indirectly resolve the rightwing bloc’s demand for a veto on that committee regarding Supreme Court selections.

US Ambassador to Israel David M. Friedman tweeted his president’s great pleasure with the coalition deal: “Delighted to see that Israel’s two leading political parties, led by PM Netanyahu & MK Gantz, have agreed to form a unity government. The United States looks forward to working closely with the new govt to advance our shared values ​​and interests bilaterally and across the world.”

Much better than a fourth election campaign in anyone’s book.