The Knesset Constitution, Law and Justice Committee will debate on June 25 the Legal Counsels bill initiated by MK Amir Ohana (Likud), which will be merged with a corresponding government bill initiated by Justice Minister Ayelet Shaked (Habayit Hayehudi), in preparation for their second and third readings in the plenum.

The merged bill is expected to call for appointing the various ministries’ legal counselors through a search committee under the auspices of each minister, and not by external tenders. The goal is to enable the ministers to advance their policy in collaboration with the legal advisor in their office, subject to the law.

“We’re fed up with the fact that those who run the country in the dark are the jurists,” said bill author Ohana. He explained that his law would enable each minister to carry out his office’s policy with the understanding that the role of the legal advisor is to assist the minister develop and apply said policy, providing them with the needed legal means.

The explanatory notes accompanying the bill cite a 2007 report of an interministerial team examining issues relating to the legal system, which suggested that “the legal consultant should be expected not to be satisfied with merely rejecting the ministry’s proposals [on legal grounds], but to contribute as much as possible to finding legal solutions that would enable the implementation of the ministry’s [desired] policy.”

The culture that has developed over the past few decades in the government ministries—regardless of which parties were at the helm—gives the legal counselors a tremendous power over their bosses, the elected officials, to the point where they have been accused of setting rather than merely examining the legalities of ministerial policies.

The bill passed its first reading in the previous Knesset session, and aroused strong objections by the left and among many jurists. Attorney General Avichai Mandelblit wrote Minister Shaked that “advancing this bill will seriously harm the definition of the role of the attorney general. It could lead to a change in the operating code of the Attorney General’s Office, to a change in the attitudes toward it, and may even lead to damages whose degree of harm is difficult to estimate.”

The right has viewed the exceptionally powerful role of the legal counselor in ministerial decision-making as one of the last vestiges of leftist control on government, even as the real political influence of the left is declining. At this point, while Ohana wants to see the ministers appointing their legal counsel when they take office, much as they do their director generals, Shaked’s bill would empower the search committee to appoint a new jurist for seven years, making him or her impervious to dismissal.

On its face, Ohana’s version appears to favor the incoming ministers, who should not be encumbered by the counselor used by their predecessor in office. 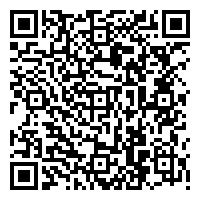