Thousands demonstrated Thursday night near Prime Minister Benjamin Netanyahu’s residence in Jerusalem. Police estimate that close to 4,000 people were present. This time there was also a rally of hundreds of Netanyahu supporters, who went home around 10:30 PM.

The first clashes broke out between rightwing protesters and the police in the section of the rightwing demonstration. Mounted officers helped push them back into their fenced section, about a hundred yards away from the leftwing demonstrators at the other end of Balfour Street.


Leftwing protesters called on Netanyahu to resign over the criminal indictments he is facing, his failures at managing the coronavirus crisis, and the damage inflicted on Israel’s democracy by the Great Coronavirus Act which allows government to completely bypass the Knesset in passing pandemic-related rules.

The leftwing rally began with a crowd meditation, a concert, and a guided imagination session during which the demonstrators were asked to close their eyes and imagine Prime Minister Netanyahu announcing his resignation.

At 11 PM, the police called on the leftwing protesters to disperse, but the protesters wanted to march instead to Independence Garden. Around midnight, clashes broke out between police and hundreds of protesters, during which police attacked the protesters, supported by three water cannon trucks. 55 protesters were arrested.

Police said officers had acted to protect the participants’ health, and focused on participants who were not wearing a mask. The cops also arrested five individuals suspected of handing out alcohol.

Police said one individual was apprehended who was infected with the coronavirus and was not wearing a mask, but it was later discovered that he had recently completed his isolation period and was not sick.

It should be noted that on Wednesday night the same police allowed the rally to go until 1:00 AM.

Earlier on Thursday, Internal Security Minister Amir Ohana (Likud) contacted Orly Bar-Lev and Amir Haskel, who were among the protest leaders, in an attempt to meet with them – but the two refused.

“I was informed that representatives of the protest are invited to a meeting on Sunday with the residents of the neighborhood and with senior Israeli police officers,” Bar-Lev told the rally. “I want to tell you what I answered, this is what I answered: ‘This is a popular protest and it has no representatives.’ I said that Ohana represents a criminally indicted defendant who should go home, and I said that the appointment of Ohana himself is a conflict of interest, introducing improper political intervention in the work of the police facing the protest. And I announced that this protest will continue in Balfour for as long as you want it.”

Netanyahu’s neighbors have been protesting for several weeks now their loss of quality of life as a result of the nightly demonstrations outside their homes. The neighborhood, Rehavia, is one of the most affluent in Jerusalem.

The protesters have announced that they are setting up a tent in Independence Garden where folks can take a break before rejoining the rallies outside the Prime Minister’s residence on Balfour Street, which will resume Saturday night. 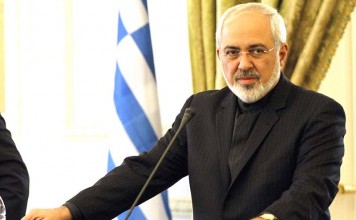 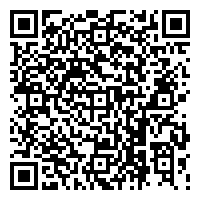