Prof. Avraham Steinberg, Chairman of the Interministerial Committee for the Supervision of Mohalim at the Chief Rabbinate of Israel, reported to the Committee of Internal Affairs and the Environment on Sunday morning that “in 2017 there were 43 complaints against mohalim (ritual circumcisers) who are not physicians, and 12 complaints about mohalim who are.

That same year, according to Prof. Steinberg, some 75,000 circumcisions were conducted in Israel.


The committee supervising Israeli mohalim is composed of 10 members: three physicians, three rabbis, and three mohalim, with Prof. Steinberg at the helm.

Upon the request of MKs Omer Barlev (Zionist Union) and Michal Rozin (Meretz), the committee discussed mohalim who are negligent and endanger the lives of babies yet are nevertheless permitted to hold on to their posts.

MK Barlev commented: “We would like to improve the situation, to establish regulations and sanctions, certainly against unlicensed mohalim. Not necessarily legislation, but there should be sanctions in cases of negligence.”

Prof. Steinberg asserted that “the committee inspects each mishap, both in the wake of parents’ complaints, or those of people who attended the circumcision, or in cases where the [infant] arrived at the hospital. If the mohel is a physician, the complaint reaches the Health Ministry.”

“Most of the complaints are about light bleeding, which scared the parents, and after bandaging the problem was resolved without any mishap,” he added, admitting that “there are several more serious cases each year.”

Prof. Steinberg further stated that “the number of physicians who are mohalim is miniscule – about 22,” compared with “350 mohalim who are not physicians, who are licensed and supervised.”

“Relatively speaking, there are more mishaps among mohalim who are physicians,” he pointed out. “About three to four mohalim have had mishaps each year and sanctions of suspension were imposed on them.”

David Tzadok, a mohel who has been teaching Jewish and Arab medics and ritual circumcisers, told the Knesset committee that “bleeding is not always the result of a mohel’s slip-up. Sometimes there are clotting problems. If the mohel notices that the blood is diluted he refers the parents to a physician to check whether there is a problem.”

But then, Tzadok noted, “I once sat in on a course for emergency room nurses and physicians and they told me they didn’t understand anything about circumcisions. They have much to learn, and this knowledge should be imparted through medical institutes. The Chief Rabbinate should certify only those [mohalim] who study at such an institute, where they will learn about physical anatomy and concepts in bandaging, and undergo internal exams.”

The mother of a boy who sustained injuries during his circumcision, told the committee: “I gave birth to a son a year and a half ago. I checked that the mohel was on the list of licensed mohalim. Three days after the circumcision, wounds appeared. We thought it was diaper rash. Can’t I rely on a mohel who appears on the list? A blood test showed that the baby was infected with herpes from the mohel who did the oral suction [drawing blood from the cut with his lips, to renew the blood flow] without a buffer. The baby could have died.”

“The complaint just sat there and nothing was done about it,” the mother continued. “Three months later, they still hadn’t spoken with the mohel and he continued to perform circumcisions.”

MK Michael Malchieli (Shas) stated: “We should allow the professionals at the Chief Rabbinate to continue supervising [this matter]. They also understand that the child’s life is not a game.”

Attorney Ella Skat of the ITIM Institute asked, “Why not compel mohalim to carry malpractice insurance?”

Professor Steinberg responded: “This is not part of our requirements, but we highly recommend it. We do not have the capacity to compel [mohalim]. A physician can also work without malpractice insurance. There is no profession with a mandatory insurance.”

He warned that should the Knesset legislates a requirement for a mohel to be insured, “no insurance company abroad will insure mohalim, and that would provide an excellent excuse to discontinue circumcisions overseas.”

Acting Committee Chairman MK Yoav Ben Tzur (Shas) summed up the debate: “Perhaps we have to review how to give more muscle to the [Interministerial] Committee for the Supervision of Mohalim. We must monitor a mohel who has been suspended, to make sure he does not continue to perform circumcisions, and we must also publicize the names of suspended mohalim on a website, even if they are unlicensed. We may be able to improve the situation with regulations. We will discuss this issue with the Minister of Religious Services.” 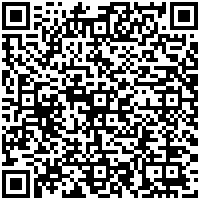