President Reuven Rivlin on Sunday lit the “Ner Yitzhak” memorial candle and spoke at the official ceremony marking the 23rd anniversary of the murder of Prime Minister Yitzhak Rabin. The event, held at the President’s Residence, was attended by members of the Rabin family, Deputy Speaker of the Knesset MK Revital Sweid, Supreme Court Justice Neal Hendel and students from the Beersheba Bilingual School.

“In the 23 years that have passed since the murder, we have been through difficult times,” President Rivlin said. “Wars and contentious political initiatives. Each time, and despite the polarization of views, we have avoided terrible moments like this.

“And the truth is that something is not working. Because each year we make speeches and hold ceremonies and yet we see the erosion of the centrality of the murder and what it means in Israeli public discourse. We are still struggling to pass on ‘Ner Yitzhak’ (‘the light of Yitzhak’), the torch of memory from that terrible night. I fear that ceremonies and speeches will not help so long as we cannot agree what it is that we want to remember.”

“And that agreement must be expressed in real actions in schools in all four streams of education, in the various youth movements, in national institutions and ceremonies. The memorial day for the murder of Prime Minister Yitzhak Rabin could be the only day in the Israeli calendar that is shared by all the tribes of Israel. We have an opportunity and a duty to light ‘Ner Yitzhak’ on this day, the memorial light of a prime minister who was murdered, in every house in Israel.” 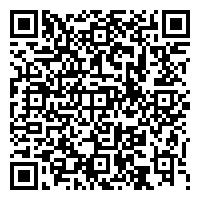