Following the great storm caused by last week’s speech of Israeli President Reuven Rivlin at the opening of the Knesset’s winter session, where he vehemently attacked Prime Minister Benjamin Netanyahu and his government, a survey conducted for Channel 2’s “Meet the Press” shows that the majority of the public – close to 60% – agree with the president’s remarks. 26% responded that they do not agree.

The survey was conducted by Mano Geva and Mina Tzemach of the Midgam research institute, in conjunction with iPanel among 519 respondents in a representative sample of the total population in Israel. The maximum sampling error in the survey is 4.5%.

Rivlin clearly targeted Netanyahu when he told the Knesset: “Our debate about the values of the IDF, about the courts, about the citizenship registry, about culture and creativity, and about the relative importance and significance of the ‘values’ in the balance between the Jewish State and the democratic state ̶ this is a debate that we are carrying out today on foundations that – until recently – were considered to be the ‘sacred principles,’ as it were, of Israeli democracy. This is an important debate, this is an essential debate, this is a fruitful debate. But, this is a debate in which we must be scrupulously careful about the integrity of our arguments and of their implications.”

He added: “It is permissible for us to debate IDF values, but in the final analysis the IDF is not a democratic body, it has one single source of authority, the commander. It is permissible for us to disagree about rulings of the Supreme Court, but we are obliged to obey its decisions, for if we do not, then [as is written in the Mishnah] ‘people would swallow each other alive.'”

Well, then, do Israelis support the president’s barely concealed accusation that the new rightwing establishment is stepping on sacred principles and eroding the status of the Supreme Court? Mano Geva and Mina Tzemach say a scientific sample of 519 of them do.

The poll also asked about the Prime Minister’s “sour faces” speech at the same Knesset opening session, where he described how the majority of Israelis have a “pickled” attitude about the state of their state, while booking flights to Europe, making out like bandits at the stock exchange and coming in second on the global “happiness index.”

Surprisingly, only 36% of rightwing respondents said the Supreme Court should be weakened, only 9% at the center and only 4% on the left. 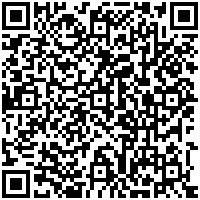