An 11-judge panel of Israel’s High Court of Justice on Wednesday night ruled unanimously that there is no reason to interfere with the assignment to Benjamin Netanyahu the job of cobbling together the next coalition government, nor is there any legal problem with the coalition agreement between the Likud and the Blue&White parties as it stands now.

Supreme Court President Justice Esther Hayut added a clarification to the ruling, which is apparently indicative of the fact that she is not very happy with it: “When the court refrains from interfering with one appointment or another, there is nothing to be deduced from this but that the appointment is not contrary to the law.”


“As far as the[strict] terms of the law are concerned,” she continued, “an indictment pending against a member of the Knesset does not preclude him from receiving the role of establishing the government and, as a result, his appointment to head it.”

Needless to say, if High Court rulings were adorned with emojis, Justice Hayut would not have picked a smiley face, not even the one with raised eyebrows.

Five of the petitions the High Court had heard since the beginning of this week sought to determine that the mandate for assembling the government could not be awarded to an MK who is under criminal indictments, thus disqualifying Netanyahu from taking office.

For the record, the ruling used the Hebrew adjective “harig” to describe this coalition deal, which could also be translated as exceptional, irregular, and borderline. It ain’t common, in other words.

However, the 11 judges unanimously held that despite its legal difficulties, the agreement gives the court no room to intervene in any of its clauses, particularly in light of the amendments and clarifications provided by the Prime Minister and the Blue&White and Likud factions.

As clarifications go, those are still a little murky, and could bring the parties back to the High Court in a jiffy: earlier this week, attorney Anar Helman, the AG’s representative at the hearing, reassured the justices that should Netanyahu become prime minister, he would be banned from involvement in appointing senior law enforcement and judiciary officials, for fear of a conflict of interests, seeing as the PM is also a defendant in three criminal indictments.

In doing so, AG Mandelblit, through his underling, made it clear that Netanyahu would not be able to appoint the next State Attorney nor the next Attorney General, nor the next Supreme Court Justices – all of whom would be directly involved in deciding his political and personal fate, down to the question of whether he concludes his next term behind bars.

Attorney Helman made it clear that Netanyahu would be required to sign a conflict of interests agreement, precluding him from influencing those appointments, and, in addition, the new coalition government as a whole would be barred from making those key appointments altogether for its first six months in office. This after Netanyahu et al had spent long weeks demanding from Blue&White control over the Committee to Appoint Judges.

Yes, this new government is definitely a platypus – an egg laying mammal, with a duck’s bill to boot.

Court President Hayut apparently felt an obligation to say something nice in the conclusion of her panel’s ruling, so she did. It went: “Our determination does not detract from the fact that in the public sphere it is certainly appropriate that any government official should be mindful of considerations pertaining to the purity of their intents and the implications that their term in office has on the public’s trust in its elected officials and government institutions.”

Or, in other words, the court recommends to elected officials that in the future they should endeavor as far as they can to maintain their moral uprightness. Honestly, that’s what she wrote.

Still no happy emoji, though.

So the High Court decided not to invalidate the coalition agreement, but also noted that regarding a number of its parts the time “is not yet ripe” to decide, before seeing how they will be implemented. That one was a huge Monty Python-style say-no-more, hint-hint, nudge-nudge, regarding the political device known as the “Skipping Norwegian.”

The “Norwegian law” allows members of coalition parties that have been appointed ministers to resign from the Knesset, to allow those who follow them on the party slate to take their place in the legislature. It’s a device that enable the faction to function in the Knesset committees while many of its members are serving in government. In the case of the current upcoming coalition, many of Gantz’s Blue&White MKs have landed portfolios, big and small, so their need for a Norwegian relief is obvious. The nice thing about the Norwegian law is that whenever a minister decides he’s had it and wants to return to the Knesset, he can.

But the original Blue&White slate included candidates whose faction now sits on the opposition benches, with MKs Yair Lapid and Moshe Ya’alon. Gantz would rather sift them off the list and upgrade only his people – so in comes the skipping Norwegian, a law that would allow Gantz to pick and choose, rather than go down the list as decided by the voters.

The High Court threatened in its Wednesday ruling that in case the government passes the skipping Norwegian, it would be thrown out, because it constitutes “a retroactive change of the rules of the game and the right to elect and be elected, and the erosion of the status of the opposition in Israel.”

It’s kind of funny (not ha ha funny, but sad funny) that this law is being promoted by politicians who proclaim the supremacy of the only sovereign, the Voter, yet when push comes to shove are the first to dump the will of the voter in a ditch outside the Knesset.

The High Court also disapproved of the Likud’s plan to deprive the opposition of Knesset committee chairmanships and of a seat on the committee to appoint judges. It should be clear: if the Netanyahu-Gantz unity government does not obey these nudges and hints, the High Court would certainly intervene.

Meanwhile, Netanyahu and Blue&White chairman Gantz have issued a joint statement promising to swear in a new government on Wednesday next week. It will be the first legitimate Israeli government since then PM Benjamin Netanyahu dispersed the Knesset on December 26, 2018. 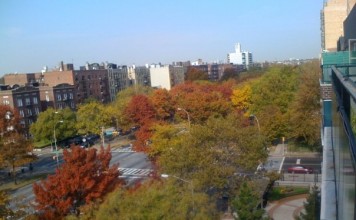