In an exclusive interview former President Donald Trump gave Israeli journalist Barak Ravid that appears in his new book, “Trump’s Peace” (Yedioth Books) that hits the stores Friday, Trump revealed he had been most upset about the video greetings to then-President-elect Joe Biden that Netanyahu posted shortly after the November 2020 elections.

According to Trump, his wife Melania first saw the video and drew his attention to it. “I loved Bibi. I still love Bibi. But I also love loyalty,” Trump told Ravid. He then repeated: “He made a terrible mistake. I was disappointed in him only on a personal level. The election here was controversial. They are still controversial. So Netanyahu, even before the ink dries up, records a greeting to Joe Biden? It was early. Okay? Let’s put it this way – he greeted him very early. Earlier than most world leaders. I’ve not spoken to him since. [expletive] him.”


Trump continued: “I really liked Netanyahu. No one did more for Bibi than me. No one did for Israel more than I did. But the elections in this country were stolen and fixed. And the first person to run to greet Joe Biden was Netanyahu. Leaders of other countries, such as Brazil, waited for months. Putin, Mexico. They, too, felt that the election had been fixed.”

As for Iran, Trump said: “I remember Bibi Netanyahu coming to the United States and begging Obama not to make the deal with Iran.” According to him, “All that Netanyahu received from Biden was the agreement with Iran. That’s all he got from him. I don’t understand how Jews can vote for Biden or Obama with what was done to them with the nuclear deal … If I had not come, I think Israel would have been destroyed.”

“Listen to what I’m telling you – if I hadn’t come, I think Israel would have been destroyed. Okay? Do you want to know the truth? I think Israel has been destroyed by now. They didn’t have a friendship (Netanyahu and Obama), because if they did, they (the Obama administration) would not have made the deal with Iran. And guess what? They’re going to do it now one more time. And if they return to the nuclear deal, Israel will be in very great danger. It is a very big danger,” Trump said.

“No president has done for Israel what I did, not even close,” Trump declared. “In Israel, I am the most popular person because they understand. I don’t run in the Israeli elections, so it doesn’t matter, but I hear that my popularity rating in Israel is through the roof.” 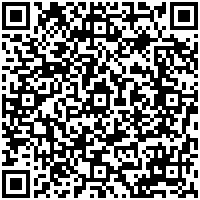