Run by the Zionist organization Im Tirtzu, the program offered tours and lectures in Chinese and English aimed at turning the visiting students into ambassadors of good will for Israel upon their return to China.

Concluding its second year at Hebrew University, the program has brought dozens of Chinese students to Jerusalem, Gush Etzion, Hebron, Samaria, the Negev and Sderot.

Over the past few years, Chinese enrollment in Israeli universities has sky-rocketed, with thousands of Chinese students currently studying in Israel.

According to Im Tirtzu, ensuring that the Chinese students learn the truth about Israel and can effectively advocate on its behalf back in China is an invaluable asset to Israel.

Dov Trachtman, who oversees the project for Im Tirtzu, said that more and more Chinese students are requesting to join the program and learn about Israel.

“The students have a tremendous desire to learn more about Israel and see it first-hand for themselves,” said Trachtman, noting that “the students especially want to visit Judea, Samaria and the Gaza periphery, which are integral parts of the Land in Israel that, if not for our program, they would not have had the opportunity to see.”

“These students are turning into some of Israel’s best ambassadors in one of the largest and most influential countries in the world,” Trachtman said. 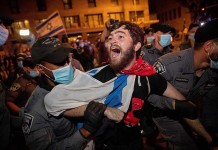 The Left Took Over Protests in Jerusalem, 34 Arrested in Clashes with Police 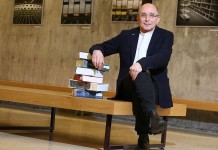 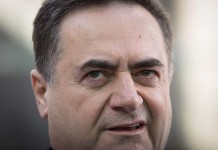