The new Wonder Woman movie has been officially banned in Lebanon, according to a report in Lebanon’s Daily Star. The website reports that they were informed of the decision by a General Security source in Lebanon’s government.

The reason for the ban is that the Wonder Woman actress, Gal Gadot, is a proud Israeli.

Lebanon’s Grand Cinemas also tweeted that the movie was banned.

#WonderWoman has been banned in #Lebanon.

The movie premiere was supposed to be tonight. We will update readers of any change that happens along the way.

Posters for the movie are still on display around Lebanon.

The Wonder Woman movie is still set to open this month in Qatar, Kuwait, United Arab Emirates, Oman, and Bahrain. 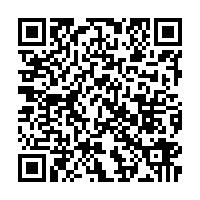