Yehuda Meshi Zahav, founder and former chairman of ZAKA, passed away Wednesday morning at Shaare Zedek Hospital in Jerusalem at the age of 62, after being in a coma for a year following his suicide attempt.

In the 1990s, he arrived at the scenes of suicide bombing attacks in Israel and treated the bodies of the victims. As a result, ZAKA (Disaster Victim Identification) was founded. In his capacity as Chairman of ZAKA, he worked for inter-religious and secular reconciliation.


A year ago, Meshi Zahav tried to end his life at his home in Givat Zeev after numerous complaints surfaced against him for committing sexual assaults on women and minors. He was hospitalized at Herzog Medical Center in Jerusalem, and in recent days his condition deteriorated. Police investigators found a suicide note he left behind last year, in which he wrote: “Sorry, I have already received the punishment. Try to remember the good I did. Try to always remember what I forgot: ‘[Keep your eye on three things, and you will not come to sin: Know what is above you:] an Eye that sees, and an Ear that hears, and all your deeds are written in a book (Rabeinu Yona on Avot 2:a).’”

In 2003, Meshi Zahav lit, as one of the founders of ZAKA, a beacon at the torch lighting ceremony on Mount Herzl. He was attacked by Haredim for this, especially for proclaiming “the glory of the State of Israel” during the ceremony. His family excommunicated him.

Three of Meshi Zahav’s sons enlisted in the IDF, two of them for combat service. During the Second Lebanon War, he founded the “Israel Together” movement, which employed volunteers who assisted residents in northern communities. During Operation Protective Edge he criticized the Haredi leadership for not attending the funerals of IDF soldiers and not comforting the bereaved families.

In 2018, Meshi Zahav founded with Carmit Naimi and others the Eshet Lapidot organization, a women’s group active in several countries around the world that deals with community assistance. The group organizes resuscitation courses for women, works to care for neighbors in need, and supports Haredi soldiers who are unable to return home.

Meshi-Zahav was a member of committees to promote the recruitment of Haredi Jews to the IDF and their integration into the labor market. He also participated in the public committee established by Chief of Staff Aviv Kochavi in December 2019 to examine the forgery of the number of Haredim who have enlisted in the IDF in recent years.

ZAKA Jerusalem stated “we wish to remember the many acts of kindness he did for the common good and the individual, and his tremendous devotion to the subject of Chesed Shel Emet,” referring to tending to the dead, ZAKA’s primary mission. 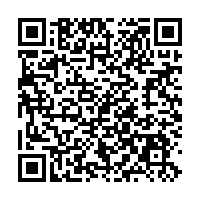