The Barzilai Hospital in Ashkelon announced Sunday morning that an Israeli Bedouin doctor who was doing his internship at the medical center is the same person who security sources said joined the Islamic State ISIS group of barbaric killers and was killed in fighting in August.

The doctor was identified as Alkian Othman, age 26, from the Bedouin city of Hura, located approximately 10 miles north of Be’er Sheva. His brother was arrested last April for helping him on his journey.


Barzilai officials searched for its resident doctor-turned-terrorist after he disappeared and discovered that he changed professions. Instead of saving lives, he preferred to end lives, and his case, it was his own.

Othman, who studied medicine in Jordan, was supposed to begin working in Israel’s Soroka Medical Center in May but suddenly disappeared.

“Security forces contacted us and searched for him,” Barzilai Hospital said in a statement on Sunday. “Then, we were informed that he chose to join ISIS.”

So much for a bright future.

He had plenty of other companions from Israel.

More than 30 Israeli Druze, Bedouin and Arabs, all of them with Israeli citizenship, have been enlisted in the ranks of ISIS after leaving the country for a “vacation” in Turkey and then moving to Syria.

“My son went to Syria last January, and we did not know what his intentions were,” said the father of Ahmed Havashi, from northern Israel, who also was killed in battle. “I told him this is not our religion; this is not the message of Islam,” the bereaved father added. 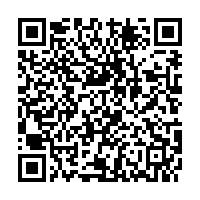