Local emergency services said in a statement that “in the Thalmann settlement in the Smidovichesky District during the drills of railway troops, parts of a bridge have collapsed. 18 people sustained injuries.”


The Jewish Autonomous Oblast in Birobidzhan is a federal subject of Russia in the Russian Far East, bordering Khabarovsk Krai and Amur Oblast in Russia and Heilongjiang province in China. Its administrative center is the town of Birobidzhan.

On March 28, 1928, the Presidium of the General Executive Committee of the USSR decreed “the attaching for Komzet of free territory near the Amur River in the Far East for settlement of the working Jews.” In the spring of 1928, 654 Jews arrived to settle in the area; however, by October 1928, half of them had left because of the severe conditions. In the summer of 1928, there were torrential rains that flooded the crops and an outbreak of anthrax that killed the cattle.

At its height, in the late 1940s, the Jewish population in the region peaked at around 50,000, or about 25% of the entire local population. As of the 2010 Census, JAO’s population was 176,558 people, out of whom only 1,628 were Jews (less than 1% of the population). Jewish observance is practiced by only 0.2% of the population of the JAO, which is one of two official Jewish jurisdictions in the world, the other being Israel.

The emergency services in Birobidzhan specified that all the injured were transported to a military hospital in Khabarovsk. The causes of the accident are being ascertained. According to one version, safety regulations may have been violated, TASS reported. 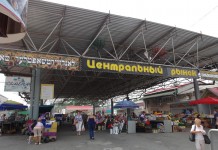 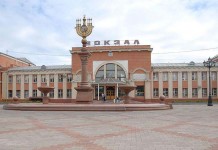 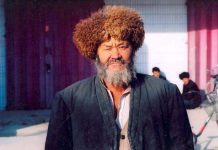