China’s special envoy to Syria Xie Xiaoyan on Monday told a news briefing in Beijing that there is no accurate figure of the number of Chinese ethnic Uighurs fighting alongside the Muslim militias in Syria, stressing that “China has never sent troops to Syria, there is no Chinese military presence in the country,” and the civil war in Syria “must be brought to a conclusion.”

The Uyghurs are a Turkic ethnic group who live in East and Central Asia. Today, the Uyghurs, who are primarily Muslim, live primarily in the Xinjiang Uyghur Autonomous Region of the People’s Republic of China, where they are one of 55 officially recognized ethnic minorities.

“We intend to participate in the reconstruction of Syria,” the Chinese envoy noted on Monday, suggesting Beijing is considering the possibility of increasing its participation in the post-civil war reconstruction work. However, as Xie Xiaoyan put it, “there is a need to ensure peace and security” in Syria first, before Chinese construction teams are sent there. 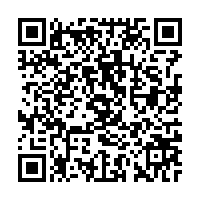