Clergyman Loren Jacobs of Messianic congregation Shema Yisrael in Michigan offered prayers for the victims of the Pittsburgh synagogue massacre at a campaign stop with Vice President Mike Pence on Monday, the Associated Press reported.

That’s it, really, the entire story is right there, the full-blown tragedy, as the man who is a heartbeat away from becoming the leader of the free world, and who is a loyal friend of Israel, more so even than the sitting president, was trapped in a setup where most Jews now believe he picked a Jew for Jesus to eulogize our sacred dead.


But an anonymous Pence aide told the AP that Jacobs “was not invited by the VP’s office to speak on behalf of the Jewish community.”

He was actually invited by Lena Epstein, who is running for Congress on the Republican slate.

Epstein, who is a Jew, tweeted a statement saying: “My family’s history as Jews and my commitment to my Jewish faith are beyond question. I’m a proud lifelong 4th generation member – and former board member – of Temple Beth El in Bloomfield Hills, Michigan. Earlier this year, my daughter Emma received her Hebrew name on the bimah at Temple Beth El.”

One question comes to mind immediately – why didn’t Emma receive her Hebrew name right after she was born? But I digress.

Epstein continued: “I invited the prayer because we must unite as a nation – while encouraging our religious differences – in the aftermath of Pennsylvania. Any media or political competitor who is attacking me or the Vice President is guilty of nothing short of religious intolerance and should be ashamed. This was an effort of unity, yet some are trying to create needless division to suit their political goals.”

And you thought insane political correctness was a strictly liberal thing. Candidate Epstein actually believes that the millions of Jews who refused to allow any semblance of Christianity into their midst, who referred to Jesus as “that man,” rather than actually spell out his name, who died rather than embrace the cross – those folks were all just a bunch of religious intolerants?

It’s not like there aren’t good, old-fashioned as well as new age rabbis in Waterford Township, outside Detroit. Why, Temple Bet El, where Emma got her name, would have gladly sent someone. We hear good things about Reform Rabbi Daniel B. Syme, who was once picked by Lifestyle magazine as one of the 18 North American Jews who will be most influential in shaping the future of the Jewish community in the 21st century. Was his phone busy?

It is obvious that Epstein picked an evangelical Jew to kiss up to Mike Pence, who is a devoted Evangelical Christian. But say what you will about Mike Pence, he is a true friend of Israel and of Jews, and, it turns out, he has some Orthodox Jewish cousins living in Israel and in Ohio. He would have had enough sense not to poke this hornets’ nest, and, frankly, all he received from Epstein’s foolish gesture was embarrassment. 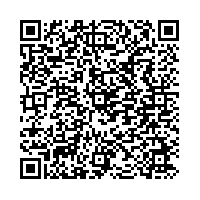