American physicist Arthur Ashkin, born in Brooklyn in 1922, on Tuesday became the oldest Nobel Laureate in history. His family immigrated to the United States from Odessa, Ukraine, and settled don at 983 E 27 Street, between Avenues I and J. His father ran a dental laboratory at 139 Delancey Street in Manhattan.

Ashkin won the Nobel for inventing optical tweezers. He shares half of the prize money, 9 million krona (roughly one million dollars), with Gérard Mourou of France and Donna Strickland of Canada, who won for generating high-intensity ultra-short optical pulses.

Optical tweezers (originally called “single-beam gradient force trap”) are scientific instruments that use a highly focused laser beam to provide an attractive or repulsive force (typically on the order of piconewtons), depending on the relative refractive index between particle and surrounding medium, to physically hold and move microscopic objects similar to tweezers. They are able to trap and manipulate small particles, typically on the order of micron in size, including dielectric and absorbing particles. Optical tweezers have been particularly successful in studying a variety of biological systems in recent years.

The detection of optical scattering and gradient forces on micron sized particles was first reported in 1970 by Arthur Ashkin, who was working at Bell Labs. Years later, Ashkin and colleagues reported the first observation of what is now commonly referred to as an optical tweezer: a tightly focused beam of light capable of holding microscopic particles stable in three dimensions.

Former United States Secretary of Energy Steven Chu used optical tweezing in his work on cooling and trapping neutral atoms, which earned Chu the 1997 Nobel Prize in Physics along with Claude Cohen-Tannoudji and William D. Phillips. Chu described how Ashkin had first envisioned optical tweezing as a method for trapping atoms.

In the late 1980s, Ashkin and Joseph M. Dziedzic demonstrated the first application of the technology to the biological sciences, using it to trap an individual tobacco mosaic virus and Escherichia coli bacterium.

Ashkin told the Associated Press: “I’m very old and had given up worrying about things like Nobel Prizes.” He said that he was pleasantly surprised when he received the call at 5 in the morning from Sweden. 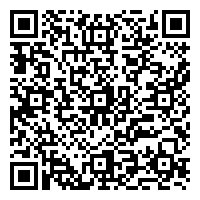