The Trump administration urges the international nuclear inspectors to investigate evidence provided at the UN General Assembly by Israeli PM Benjamin Netanyahu that Iran has been stockpiling nuclear weapons technology and materials at an undisclosed site in Tehran, the Washington Free Beacon reported Tuesday.

“We look to the IAEA to continue to act in a responsible and timely manner in pursuit of any credible information, including the information presented by Netanyahu, that could indicate Iran has fallen short of the nonproliferation obligations the IAEA is charged with verifying,” a senior State Department official told the Free Beacon, adding that the Trump administration is planning to become more aggressive in holding the IAEA accountable.”


A senior Republican congressional staffer told the Free Beacon that the IAEA staffers have been “spinning their wheels and inspecting everywhere that Iran isn’t cheating, while missing warehouses that are filled with nuclear weapons plans,” because “for the Iran deal to work the IAEA has to look the other way at Iranian cheating.”

The US has just appointed the US Ambassador to the UN Security Council, Jackie Wolcott, to serve as the next US representative to the IAEA. Her confirmation is a sign the Trump administration plans to hold the IAEA accountable for gaps in its reports on Iran, in sharp contrast to the Obama administration. Wolcott has been critical of Iran and has been part of the effort to expose its secret nuclear enterprise. 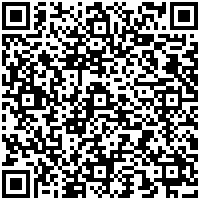