According to Globes, which got hold of a draft circular sent out recently by the Bank of Israel, said draft recommends several ways in which a provident fund (gemach, Gmilut Chessed in Hebrew) can be exempt from reporting to the US tax authorities.


In addition, while a small gemach must be defined by Israeli law as a financial institution, the Bank of Israel makes it easier for a provident fund to be called a financial institution even if it is not incorporated as an association or as a public benefit company – as long as its scope of activity is low.

Gemachim whose scale of activity is larger can be exempted if they are defined as a public institution, which requires them to become incorporated. Another option is for the larger gemach to register directly with the US tax authorities.

There’s a rub, however: according to US FATCA rules, financial institutions in Israel, especially the banks, are obliged to report bank accounts belonging to American citizens and residents in Israel. The gemachim receive many of their donations from American citizens, and those donations may not be recognized by the IRS. If a gemach now has to report those contributions, it could discourage potential donors.

The Foreign Account Tax Compliance Act (FATCA) is a 2010 federal law to enforce the requirement for US persons including those living outside the US to file yearly reports on their non-US financial accounts to the Financial Crimes Enforcement Network (FinCEN). It requires all non-US (foreign) financial institutions (FFIs) to search their records for indications that their clients may have “US-person status,” such as a US birthplace, and to report the assets and identities of such persons to the US Department of the Treasury.

Knesset Finance Committee Chairman MK Moshe Gafni (UTJ) has been dealing with this issue since the inception of the US FATCA policy, and a year ago his Finance Committee announced that a compromise had been reached with the Ministries of Finance and Justice that would allow the gemachim to continue operating without being exposed to FATCA sanctions. But as far as Israeli banks were concerned, this compromise was meaningless as long as they were subject to Bank of Israel guidelines – which is why they continued to demand reports and statements from the gemachim. So much so that small gemachim faced serious difficulties in continuing to maintain their bank accounts, and new ones couldn’t get an account at all.

MK Gafni pressured the Bank of Israel to issue new guidelines that would reflect the political compromise he had achieved, but the central bank was not moving very fast on it and tensions grew.

At one point, Gafni issued a harsh criticism of the functioning of the Bank of Israel, on a variety of issues, and threatened to cut some of the bank’s authority, to which the Supervisor of Banks, Dr. Hedva Bar, responded by pointing out the Finance Committee Chairman’s special difficulties regarding ultra-Orthodox free loan associations in a changing world. They obviously were not being friendly.

Eventually, though, the bank and the chairman reached a compromise, seeing as neither could really do their job without the other. As of the new circular from the Bank of Israel, gemachim can open bank accounts and as long as they don’t own more than $50 million (the vast majority of gemachim owns a lot less) they need not bother Uncle Sam with their trivial collections. 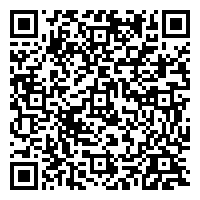