Morris (Moe) Berg (1902 – 1972) was a Jewish American baseball catcher and major leagues coach who also served as a spy for the Office of Strategic Services before and during World War II.

Berg’s life is the focus of the 2018 movie “The Catcher Was a Spy,” distributed by IFC Films, which is based on the Nicholas Dawidoff book by the same name.

“The movie prompted us to re-examine our Moe Berg collection, which is quite extensive thanks to donations from his sister Ethel and brother Sam in the 1970s,” said Tom Shieber, the Baseball Hall of Fame Museum’s senior curator and the lead curator on the Moe Berg exhibit. “Berg was such an interesting character, and we think people will see the exhibit and say: ‘This is really amazing. I want to learn more.’”

The third child of a Jewish family in Harlem, who grew up only a few blocks from the Polo Grounds stadium in New York City, Moe Berg graduated from Princeton University and Columbia Law School, spoke several languages and read 10 newspapers a day. He gained more national fame for his appearances on the radio quiz show “Information, Please,” in which he answered questions about the derivation of words and names from Greek and Latin, historical events in Europe and the Far East, and ongoing international conferences – than as a baseball player.

Moe did play 15 seasons in the major leagues, with the Dodgers, White Sox, Indians, Senators and Red Sox, but was never considered more than an average player—a backup catcher with a .243 batting average—and so he was famous for being “the brainiest guy in baseball.” Yankees and Mets legendary manager Casey Stengel said he was “the strangest man ever to play baseball.”

Moe Berg also spied for the US government, traveling to Yugoslavia to gather intelligence on resistance groups who would potentially cooperate with the US against the invading Nazis; to Italy, where he interviewed local physicists about the German nuclear program; and Japan, where he secretly filmed the capital Tokyo from a rooftop in 1934, providing the US air force with invaluable footage in preparing for the firebombing of the city.

Moe Berg died on May 29, 1972, at the age of 70, from injuries sustained in a fall at home. A nurse at the Belleville, New Jersey, hospital where he died recalled his final words: “How did the Mets do today?”

The Museum’s collection contains hundreds of facsimile declassified O.S.S. documents relating to Berg, and the new exhibit features many of these and other historic documents, as well nearly two dozen artifacts, including a Red Sox cap worn by Berg and a bat he used in the mid-1930s. 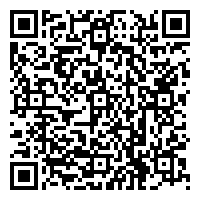