In its latest effort to strengthen the bond between Israel and American Jewry, the Ruderman Family Foundation this month launched a 10-part original video series dubbed Jewish Foodie, to encourage Israelis to deepen their knowledge of US Jewish communities, and for American Jews to become better acquainted with their rich and diverse culture, through a culinary journey of Jewish food across America.


Hosted by Israeli comedian Ori Laizerouvich (Shababniks, The Legend of king Solomon), Jewish Foodie explores the diversity of American Jewry through the food it likes. The series visits the Northeast with its bagels and lox, knishes, delis, hot dogs, Chinese food, and vegan fare; the Southeast – BBQ, bourbon, and baked goods; the Southwest, featuring tacos, Jewish-style burgers with latkes, huevos rancheros, and rodeo food; and the Midwest, with pastrami sandwiches, bison burgers, and Hanukkah gelt (you can eat it year-round!).

“Food is one of the most powerful connectors between people and therefore, it is an ideal vehicle for an initiative that forges warmer ties between Israelis and American Jews,” said Jay Ruderman, President of the Ruderman Family Foundation. “Whether it be through history, culture, diversity, and the revelation of the unique nature of each community, our new video series promises to take viewers on an unforgettable journey that simultaneously brings the world’s two largest Jewish population centers closer together.”

The series begins in New York City, where Ori Laizerouvich makes stops at iconic joints like Russ & Daughters, and Yonah Schimmel’s Knishes. The Northeast episodes are followed by the Southeast region, where a kosher BBQ meal and a music-and-food session bring together Orthodox Jews and African Americans in Memphis. Laizerouvich discovers there Israeli burekas (actually Turkish, but you know, Jewish) at a bakery in the very Christian town of Hot Springs, Arkansas.

The Southwest episode is set in Texas, where Laizerouvich enjoys Jewish tacos with the “rabbi cowboy” of Austin, and spends time with a Jewish bull rider on his ranch, dining on huevos rancheros-style shakshuka. The series concludes in the Midwest, where the small but unique Jewish community of Jackson Hole, Wyoming, shows Laizerouvich the local cuisine of bison burgers, corned beef, and pastrami, against the beautiful ski slopes. In Wyoming, the filming begins with a “HavdaChallah” (the last and first elements in the Shabbat ritual) with some 30 local Jews.

Every week, two episodes from each region will be released on the Foundation’s Facebook and YouTube pages, produced by Nawipro, directed by Or Sitt, and produced by the Ruderman Family Foundation. 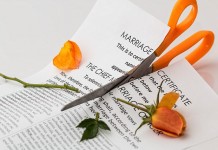 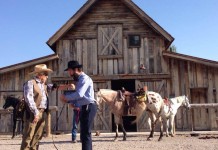 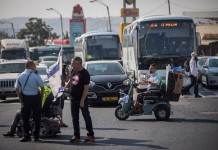 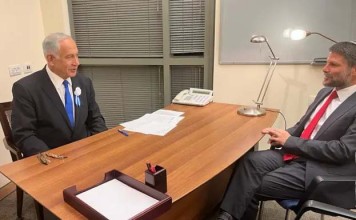 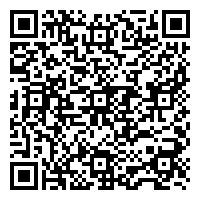