Polish Senator Waldemar Bonkowski was suspended by the country’s ruling Law and Justice party on Thursday for posting an anti-Semitic video on Facebook earlier in the week.

Bonkowski had posted a video clip from a Nazi propaganda movie showing a violent attack on Jews carried out to the entertaining sounds of klezmer music.


Anti-Semitic rhetoric in Poland is rising, according to commemoration activist Jonny Daniels, who represents the group ‘From the Depths,’ which maintains positive ties with Polish Prime Minister Mateusz Morawiecki. Daniels welcomed what he called the “swift action” by Morawiecki’s party, but added that “extremist rhetoric was rising on both sides.”

He added that he understood how someone could feel afraid but noted there had not yet been any violence in response to the ongoing debate between Poles and Jews over the country’s new “Holocaust law” criminalizing linkage between Polish culpability and Nazi war crimes carried out in Poland.

Last week a statement was signed by 23 Jewish groups saying their members felt less safe in Poland as the debate continues. 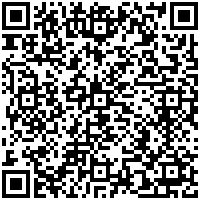