Supermodel Karlie Kloss, 26, and Joshua (Josh) Kushner, 33, got married Thursday, according to Page Six. Kloss posted on Instagram a photo of the happy couple the caption, “10.18.2018,” their wedding day.

Last June, Kloss converted to Judaism, according to Page Six, and became engaged to Josh, the brother of Jared Kushner, the husband of Ivanka (Trump) who also converted to Orthodox Judaism before the got married, back in 2009.

Born in Chicago, Kloss’s roots are Danish, German and Polish. In 2006, at the age of 14, she posed for a cover and editorial shoot of the June issue of Scene Magazine, which launched her career as a super model. She was featured in Vogue’s March 2017 issue, in April 2018, she became Estée Lauder’s newest Global spokesmodel and Brand Ambassador, and in October 2018, she announced stepping in Heidi Klum’s shoes on Project Runway as the host and executive producer.

Josh Kushner is the founder and managing partner of the investment firm Thrive Capital, co-founder of Oscar Health, and, like Jared, the son of real estate magnate and sometime convicted felon Charles Kushner.

Also, Kloss supported Hillary Clinton in the 2016 presidential election, and demonstrated with the Women’s March in 2017 after Trump’s inauguration.

Sanders Has Huge Lead in Iowa Ahead of Feb. 3 Caucuses 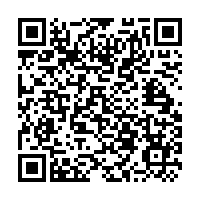