Jerusalem’s Chief Rabbi Aryeh Stern, on Tuesday, paid a condolence visit to the parents of Iyad Halak, an Arab man with Special Needs who was shot and lilled by police stationed at the entrance to the Old City of Jerusalem on Saturday morning after he was erroneously suspected of attempting to carry out an attack.

Stern arrived with Deputy Mayor of Jerusalem and council member Fleur Hassan-Nahoum at the family’s mourning tent in Wadi Jose in eastern Jerusalem.


The rabbi said he was coming with a message of peace and reconciliation and expressed his pain over the loss of Iyad’s life.

“I came to comfort the family and listened with the Chief Rabbi to the story of the special and sensitive child. The pain of a mother losing her son is devoid of color or religion. We must do everything possible to prevent such tragic cases in the future,” said Hassan-Nahoum.

Iyad’s father was very moved and thanked the rabbi and members of the delegation for coming and said that “we all want to live together peacefully.”

Israeli Minister of Internal Security Amir Ohana had reportedly planned to visit the family but canceled his plans when Iyad’s father posted a clip on social media saying he was not interested in visits from Israeli officials.

It is believed that the Palestinian Authority pressured him into posting the clip.

The police are still investigating the incident in which Halak approached the policemen stationed at the Lion’s Gate in Jerusalem’ Old City while carrying an object in his hand that appeared to them to be a weapon. When the forces called on him to stop he fled the scene. He was subsequently shot.

Ohana stated that he “shared in the pain of the Al-Halak family” and expressed his “sorrow over the death of Iyad, a young person with special needs.”

“The incident is being investigated as required by law, and we will act according to the findings to prevent similar incidents,” he said.

“Until the examination is over, we will not render judgment over the policemen. They are required to make fateful decisions in seconds, in terrorist –attack infested territory at a frequent risk to their lives,” he added.

The shooting officer was placed under house arrest. 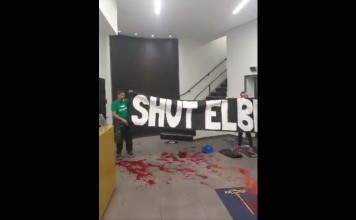 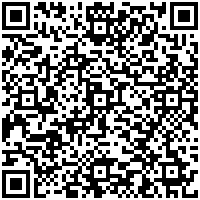