Looting, burning, shooting. Death and destruction. Every night, hordes of violent rioters storm through American cities, setting police cars on fire, shattering glass, and beating up anyone who gets in their way.

The police meanwhile do next to nothing.


On Tuesday morning, The Jewish Press spoke to Dov Hikind, founder of Americans Against Antisemitism, a former 35-year member of the New York State Assembly, and former member of the Jewish Defense League.

The Jewish Press: You’ve seen all the horrific videos every one has seen of the riots in New York and elsewhere. What’s going on? Who’s to blame? Is it a failure of leadership?

Hikind: There’s no question it’s a failure of leadership. The most fundamental responsibility of any leader – before anything else – is to protect the citizens of his country or state or city. And that’s clearly not being done. I mean, just look at these scenes of total chaos on the streets.

I mean this is sick. It’s beyond sick. In LA, they took the Sefer Torahs out of certain synagogues. Is this where we’re at in America now?

I think ultimately it’s an unbelievable failure of leadership. De Blasio and Cuomo are condemning the violence, but they’re also giving it some justification. Like, “Oh, you have to understand people’s emotions…” Really? Stealing a pair of sneakers has to do with emotions? The people who are doing this are doing it lishmah, in memory of the black victim? Really?

Do you think De Blasio should resign?

De Blasio is a weak mayor. There’s no question about it. I could say he should resign, but he’s not going to resign.

What can I tell you? We don’t have leaders. And by the way, I’m not enthralled with the president of the United States either. Leadership is not about being a tough guy and then running to your bunker in the White House. A lot of people don’t have bunkers.

I think the president could do more. And words are very powerful, saying the right things. Being soft and being tough – both of those things are required.

Do you think Trump should send the U.S. Army to New York?

I think that whatever is needed to protect innocent people and property should be done, and if a governor is not doing what he needs to do [then Trump should step in].

Do you believe the NYPD is being told to stand down?

I really have rachmanus on the police because they get such mixed messages and if they do something [during these riots] that is not exactly what you’re supposed to, they’re going to get dumped on by the political leadership.

Do you think Jewish communities in Brooklyn may be the next to be trashed and torched by rioters?

That’s something people are thinking below the surface. Nobody wants to talk about it, but people are worried.

I can tell you, having spoken to people to LA, that the Jewish community there is absolutely in panic. 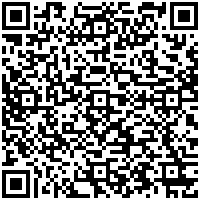