Proving once again that the “status quo” on the Temple Mount can and should be changed, police allowed a group of Jews up onto the Temple Mount on Monday morning, for the first time since the Islamic terror attack on Friday in which two Israeli policemen were murdered by Israeli-Arab terrorists.

What made this visit so unique is that for the first time in years, there were no Waqf officials and no paid Islamic Mourabitoun (m) and Mourabitat (f) provocateurs tracking, following and harassing the Jewish visitors to the holy site, as is normally the case.


There were no screams of “Allahu Ahkbar” and the police weren’t afraid of Arab riots, violence or trouble. The police were also unconcerned with what the Jews said during their visit.

Arnon Segal, a Makor Rishon reporter and Temple Mount activist wrote on his Facebook page, “We’re back, thank God. With more Jews on the Mountain, freedom of worship and service to God, tomorrow our smile will be even more beautiful.”

Waqf officials, some of whom the police suspect may have assisted the terrorists, are refusing to enter the Temple Mount after the police installed metal detectors at the entrances.

Already a change for the better.

Update: According to Israel Hatzolah, the group of Jews said Kaddish at the location where the two Druze policemen were murdered by the terrorists. 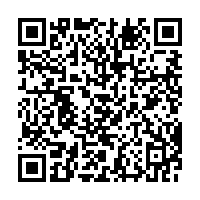