In response to the Temple Mount terror attack on Friday, in which two policemen fell in the line of duty, Israel took three unusual steps.


The second, was detaining the Jerusalem Mufti for incitement, and arresting three suspicious Waqf officials.

The third move Israel took was to shut down the Old City on Friday to non-resident Muslims.

As always happens after a successful Jihadi terror attack, the more bloodthirsty Muslims were riled up, and there were a number of the typical, subsequent attacks against police and civilians.

But, despite the official outrage, demands, threats and pleas by Jordan, the Waqf, Hamas and the Palestinian Authority to reopen the Temple Mount, there was no explosions, no protests, and no riots by the general Muslim population in Israel in response to the closure of the Temple Mount and the Old City of Jerusalem.

Netanyahu said he plans to gradually reopen the Temple Mount to all visitors on Sunday afternoon. He also promised to maintain the so-called status quo (which prohibits Jews from praying on the Temple Mount), despite the Islamists showing no interest in respecting the holiness of the site.

Israeli police would prefer to keep the Temple Mount closed as their investigation continues.

The police also announced they will be changing the security arrangements on the Temple Mount, installing metal detectors and cameras, a move Jordan and the Palestinian Authority have refused to accept in the past.

The police, who are hypersensitive to anything real or imaginary that happens on the Temple Mount, fearing violent Muslim reactions, seem unusually unconcerned that there would be major or mass responses to the Temple Mount’s continued closure or the changing of the security arrangements.

If this proves anything, it is that Israel can and should finally act like the sovereign entity on the Temple Mount, and the police can finally discard their irrational fear of what the Muslims may or may not do in response.

On Friday, Israel made a firm decision to close the Temple Mount, backing it up with a strong show of force, and the Muslim population accepted it with relative quiet.

The obvious conclusion is that prayer arrangements can and must be changed so that Jews can also receive their fair share of exclusive time and freedom of worship on the Jewish people’s holiest site, without being harassed and watched by the Waqf and other Islamic provocateurs.

Maintaining the status quo hasn’t and won’t stopped Islamic terror, but a little determination and show of force clearly goes a long way with the general population. 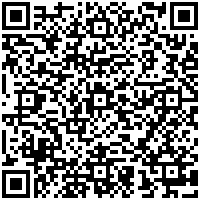