On a recent Wednesday morning, East Coast time, thousands of Orthodox Jews stopped what they were doing to recite a series of psalms all at the same time.

They prayed from their homes in Jerusalem, New York, Scottsdale and Los Angeles. The goal, said organizers, was to storm the heavens with pleas for the end of the COVID-19 outbreak.

“While we are prevented these days from joining together in space, we can at least endeavor to come together in time, as an expression of our unity of collective soul,” said Rabbi Avi Shafran, director of public affairs for the Agudath Israel of America, one of the groups that participated in the simultaneous prayer service.

Coming together in prayer in a time of crisis is nothing new for the Jewish people. What is different now is that the “coming together” is being done while people are physically apart.

On April 5, for instance, Masorti and the Conservative Judaism movement will be hosting the online “Global Gathering for Healing.” The 30-minute virtual program will include leading clergy and community leaders from the United States, the United Kingdom, South America and Israel.

“Judaism encourages two kinds of prayers,” explained Conservative Rabbi Jacob Blumenthal, chief executive of the Rabbinical Assembly, the rabbinic arm of the Conservative movement, “prayer in the community with a minyan that requires a set liturgy and written prayer, and personal prayer, whether that’s a simple ‘Baruch Hashem’ [thank G-d] or a more personal plea.

“Personally, I found passages from Tachanun, from the daily prayer, are very powerful,” he continued. “The psalms that are a part of that, ‘Out of depth, I call you,’ … those are very powerful words and remind us, especially when we recite the psalms, that we are not the first generation that faces adversity … and that many psalms express hope and confidence in the future.”

Across the United States, people are turning to religion, according to a Pew Research Study on the impact of the coronavirus on the habits of Americans. The study, released on March 30, found that 55 percent of all U.S. adults say they have prayed for an end to the spread of virus. More than one-third of Jews surveyed, 35 percent, have done so. The largest group who reported doing so are evangelical Christians at 82 percent.

The survey also found that of those who regularly attend worship services—four in 10—have replaced in-person attendance with virtual attendance.

Jewish groups of all denominations have also shifted to online platforms to reach out to their communities.

“Participating in public prayer forums most certainly benefits the participants,” said the Agudah’s Shafran. “Firstly, because it inspires them to know that they are praying together—if at a distance—with others. And secondly, because the Talmud says that one who prays for another’s welfare becomes the beneficiary of [God’s] help himself.”

While many find solace in traditional, established prayers, others are also finding comfort through guided reflections or meditations.

“Many of our rabbis are offering daily minyans or chanting services, where you focus on a specific pasuk [‘passage’] or phrase, and repeat it over and over to focus on the meaning of the text,” said Rabbi Deborah Waxman, president of Reconstructing Judaism, the central organization of the Reconstructionist movement. “It’s a very accessible way for people who don’t know the liturgy, rather than going through an entire services, to go deep with just a little bit.”

However you pray, Blumenthal of the Rabbinical Assembly, has some advice: “Just do it. We all need it.” 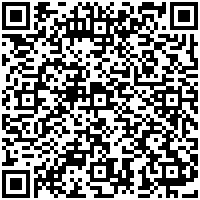