Israel’s death toll rose with the passing of two men Thursday night to 36; the number of COVID-19 coronavirus cases in the country stood at 6,857.

Of those who are ill, at least 900 of those diagnosed so far were in the strictly Orthodox Jewish city of Bnei Brak, where 4,500 elderly residents ages 80 and up are to be evacuated by IDF soldiers and placed into isolation hotels operated by the IDF Homefront Command for their own protection.

Some 12,000 soldiers and 3,000 vehicles are to be involved in the IDF fight against the pandemic, which includes a closure of Bnei Brak, where at least 38 percent of the city’s residents have been estimated to have the virus so far.

Israel’s government met Thursday night to approve a full military closure on the city in order to enforce the lockdown, which thus far had been ignored by some city’s residents. The soldiers – armed troops from the Paratrooper Brigade working with Homefront Command — will also distribute food and evacuate those who are ill as necessary.

According to a report from the Health Ministry, one out of every seven Israelis with the COVID-19 coronavirus is from Bnei Brak.

More than a million Israelis – 24.9 percent of the work force — are now unemployed, nearly 90 percent of whom are on unpaid leave due to the coronavirus. Another 6.6 percent have lost jobs that were made redundant. 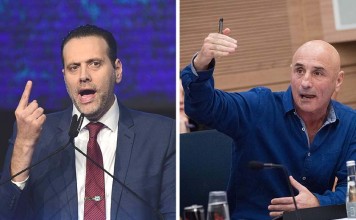