Pennsylvania’s Attorney General since 2017 Josh Shapiro (this is his second term) is planning to announce on Wednesday that he will seek the Democratic party’s nomination for governor. Shapiro, 48, was born in Kansas City, Missouri, and grew up in Montgomery County, Pennsylvania. He attended high school at Jack M. Barrack Hebrew Academy in Bryn Mawr, Pa. He is an observant Conservative Jew and keeps kosher.

In 2008, Shapiro told the Philadelphia Jewish Voice that “when you boil down all the teachings and all the rituals, fundamentally, Judaism is teaching that none of us is required to complete the task, but neither is any of us free to refrain from it.”


Before becoming the AG, Shapiro had never served as a prosecutor. He campaigned on a promise to restore the AG office’s integrity, following the resignation in disgrace of Kathleen Kane. He also promised to combat the opioid epidemic and gun violence. He was supported by President Barack Obama and then-presidential candidate Hillary Clinton. Billionaire Michael Bloomberg was among the largest donors to his campaign. Shapiro won the 2016 AG election, defeating Republican nominee John Rafferty Jr. with 51.3% of the vote. He was reelected in 2020.

In 2017, Shapiro joined several State Attorneys’ General in opposing President Donald Trump’s travel ban. In 2020, he was a member of the delegation of 20 electors selected by the Pennsylvania Democratic Party to vote in the Electoral College for Joe Biden and his running mate Kamala Harris in 2020.

According to the Philadelphia Inquirer, Shapiro’s public profile “skyrocketed” in late 2020, when he fought off relentless court challenges by former President Donald Trump’s campaign to invalidate Joe Biden’s victory in Pennsylvania.

Pennsylvania’s term-limited Governor Tom Wolf has endorsed Shapiro’s bid. The AG is expected to run without serious opposition in the Democratic primaries. 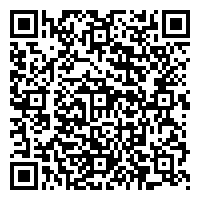