Health Ministry Director-General Prof. Nachman Ash on Tuesday morning told 103FM regarding the status of the Corona pandemic in Israel: “We continue to see the decline in the data, the positive percentage stands at about 2% and the number of critical patients is declining. We can say with certainty that we are coming out of this wave.”

Referring to the possibility of a new coronavirus variant arriving from Europe, Prof. Ash said: “We need to learn what the clinical significance of each variant is. At the moment I can’t say much, we will study it and find out if it endangers us or not.”


“Along the way, there have been many variants, some of which were found to be significant, such as the Delta and others were not,” Ash added. “The most important thing we’ve learned is that a variant that infects at a faster rate is more dangerous since it can spread and take over the country and that we’ll have to study in the coming days.”

According to the Health Ministry’s most recent data, 1,468 tested positive on Monday, or 1.87% of the overall tests. There are 622 active Corona patients in Israel’s hospitals and 56 in quarantine hotels. There are 220 critical Corona patients, and 189 on ventilators. To date, 7,940 have died from the virus since the start of the outbreak in February 2020.

6,186,875 have received the first dose, 5,686,464 the second, but only 3,767,331 have received the third. Government officials have blamed the public sense of complacency about the Corona for its reluctance to take the third shot.

When he was asked about the high price of more than a thousand dead in the current wave, possibly the result of the Lapid-Bennett government’s decision to avoid lockdowns, Prof. Ash replied that “we feel pain for each one of them, but in the end, the decision to open up the economy and the education system had broader considerations and belonged with the policymakers.”

“There’s tension between the desire to make decisions quickly and influence reality quickly, and the need to make decisions that are more fundamental with long-term thinking,” Ash explained. He argued that decisions should be made after deeper considerations. “I understand that it drives the public crazy, and, of course, any confusing decision is not good.”

At the end of the interview, Prof. Ash referred to the medical interns’ protest, saying, “We have to solve it. I think we’ll find the way, we’ll get going with a program that offers an important horizon for the interns. We don’t want them to resign and I do not think it would be good if we got into a situation where they would resign. It’s impossible to work without interns, there’s no such thing. I expect that we’ll reach a situation where they will not resign, that’s our goal.”

The interns’ protest (a.k.a. the 26-hour protest) has been a series of protests by interns, doctors, and nurses in a large number of centers throughout Israel since May 2020, demanding a reduction of their work shifts from 26 to 16 hours. The interns accused then-Health Minister Yuli Edelstein of overloading their working hours and set up tents in which they stayed for 26 hours. They also coined the hashtag #NoMore26.

The interns’ protest was halted after the change in governments but later reached its peak in October, when some 2,500 interns submitted resignation letters and hung them on the doors of the Health Ministry as an act of protest. On October 9, some 1,000 interns came to protest at the Cinematheque plaza in Tel Aviv against the agreement submitted by the Health Ministry. 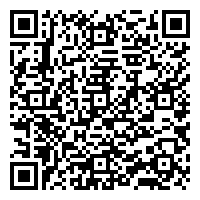