For the third year in a row, the American Jewish Committee has released a survey about anti-Semitism in the United States and found large discrepancies in results between Jewish and non-Jewish respondents.


Some 17 percent of Jews say they were the target of an anti-Semitic remark in person over the last 12 months. Of those who were targeted, 23 percent were in the West, 29 percent in the South, 12 percent in the Midwest, and 14 percent in the Northeast, according to Holly Huffnagle, AJC’s U.S. director for combating anti-Semitism.

Anti-Semitic remarks were also found online with 12 percent of Jewish respondents reporting that they were the target of online remarks. (The report did not ask about seeing anti-Semitism online in general, but was specific to individual targeting.)

While the majority of Jews haven’t changed their habits when it comes to going out as wearing or displaying items that would peg them as Jews out of fear of anti-Semitism, a significant number, 22 percent, said they had, and a full 17 percent said they avoided going to certain places for the same reason.

That, said the American Jewish Committee, is cause for concern.

“That one in four American Jews has been the target of anti-Semitism over the past year alone, and that four out of 10 have taken steps to conceal their Jewishness or curtail their activities, as a result, should alarm Americans,” AJC CEO David Harris said in a statement. “Now is the time for American society to stand up and say ‘Enough is enough.’ ”

One of the major changes this year was reworking many of the questions so they reflect a very current time frame. The past studies have asked participants to look back over five years, this time, said Huffnagle, but this time people were asked to consider events over the “past 12 months.”

That, she said, gives a more immediate look and “speaks to what American Jews are feeling now.”

While much has been written in recent years about the growing threat facing college students on campuses nationwide, the survey found that only 20 percent of Jews said they or someone they knew has “experienced anti-Semitism in a college setting.”

That number needs to be put in context, noted Huffnagle; the results are based on a national representative sample size that is quite small with 1,400 Jews participating, many of whom may have no connection to college campuses or students. When examining the 18- to 29-year-old group, she explained, the response rises with 30 percent saying they or someone they knew experienced anti-Semitism on campus.

Among the reports other findings: 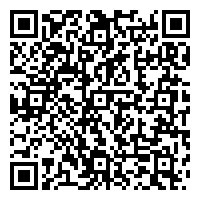