This month’s anniversary of the 1953 battle of Qibya has triggered yet another outpouring of Jewish guilt feelings. But Israel has no more reason to feel guilty about Qibya than the Allies do for bombing Dresden, Hiroshima, or Nagasaki.

In the early 1950s, Palestinian Arab terrorists based in Jordan frequently crossed into Israel and perpetrated savage attacks against Israeli civilians. Instead of hitting back, Israel’s leaders first tried diplomacy. On June 8, 1953, they signed an agreement with Jordan that was supposed to prevent the cross-border attacks.


How did that work out? Each evening for the next three days, Palestinian Arab terrorists coming from Jordan murdered Israeli civilians, including children, in Jerusalem, Lod, Mishmar Avalon, and Kfar Hess.

The Israeli cabinet met in emergency session. Jordan denied responsibility, claiming the terrorists were actually just burglars. That was, of course, a blatant lie: throwing grenades through the windows of homes, and not stealing anything, is not the way burglars operate.

Foreign Minister Moshe Sharett pleaded with the United Nations to do something. Long weeks passed, as Israel waited in vain for the international community to respond. Crickets.

The final straw came when terrorists from Jordan slaughtered an Israeli mother and her two young children in the town of Yehud. Prime Minister David Ben-Gurion decided to stop waiting for international sympathy and to undertake a military response. So he sent an Israeli army unit headed by Ariel Sharon to hit the nearby Jordanian town of Qibya on the night of October 13, 1953.

Historian and pundit Daniel Gordis, writing this week on his “Israel from the Inside with Daniel Gordis” blog about the events in Qibya, claimed that Israel committed a “massacre.” He called it a “painful mistake” that resulted from Israel “seeking retribution to make a point.” (Source: https://danielgordis.substack.com/p/on-the-anniversary-of-the-qibya-calamity)

Nonsense. It wasn’t a massacre, it wasn’t a mistake, and it wasn’t “retribution,” a term which implies mindless vengeance. It was a legitimate military operation conducted as part of Israel’s ongoing war of self-defense. It was no less legitimate—but far less lethal—than the conduct of the Allies in World War Two.

Qibya was not some peaceful, unarmed village. A detachment of Jordanian soldiers was stationed there—as proven by the fact that ten of them were killed in the gun battle that erupted when the Israeli forces approached.

The Israelis then dynamited several dozen buildings in the town. Some of them were public facilities which could reasonably be expected to be empty, since the battle took place late at night. Some of the buildings were residential. Sharon sent soldiers from house to house, to check for civilians and shout warnings. That meant risking the soldiers’ lives and giving up the element of surprise. But Sharon did it anyway.

The Arab residents had time to flee. Some chose not to. As a result, some were inadvertently killed in the demolition of homes that the Israelis believed were empty. Most accounts claim there were 69 civilian fatalities.

Ben-Gurion should have reminded the world that the Allies had—with justification—deliberately tried to kill as many German civilians as possible by firebombing Dresden (25,000 died), and as many Japanese civilians as possible by dropping atom bombs on Hiroshima and Nagasaki (200,000 died). No advance warnings. The Germans and the Japanese were the aggressors in that war. Anything the Allies did to defeat them was self-defense, legitimate, and moral.

It’s sad that civilians get killed in wars. It’s sad that wars are fought at all. But that’s reality. Israel’s behavior in wartime should be judged exactly as we judge the behavior of any other country in wartime—including the United States and its allies in World War Two.

Daniel Gordis points to Israel’s conduct in the recent Gaza war as evidence that the Israelis have learned from Qibya how to “do better.” He thinks that giving Gazan civilians advance warning—and thereby endangering the lives of Israeli soldiers—is “doing better.” He’s wrong. There’s nothing good or moral about risking Israeli lives in order to spare enemy civilians.

While the Israeli strikes on Qibya and similar targets may have been “brutal and bloody,” they “worked,” according to Prof. Daniel Byman of Georgetown University, author of A High Price: The Triumphs and Failures of Israeli Counterterrorism.

And that should be the ultimate measuring stick when looking at Qibya, or Gaza, or Dresden, or Hiroshima and Nagasaki. All wars are “brutal and bloody.” All wars are sad. But whatever works to defeat an evil aggressor is the very definition of what is moral in the real world. 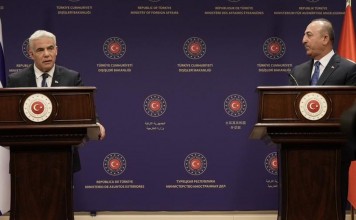