U.S. Secretary of State John Kerry is flying again to Jerusalem and Ramallah this week against headwinds he has created with non-stop talk that has heated up the atmosphere in a region where high pressure already is a way of life.

His latest goof was to usurp communication channels between envoys and to personally protest to Michael Oren, Israel’s Ambassador to the United States, over the government’s recent move to legalize three Jewish communities in  Samaria.


Kerry has done a lot in the three months since he took over from State Hillary Clinton. He has logged tens of thousands of miles, including three trips to Israel. He has talked and talked days and night to foreign ministers from around the world.

Kerry also has tripped over himself by repeating the Obama administration’s tactic of premising the Arabs everything and delivering nothing.

His phone call to Oren last week takes the cake, whatever is left of it. Haaretz reported on Monday that Kerry told Oren that the government’s change of heart to recognize the Jewish communities instead of demolishing them undermines his efforts to resume direct talked between the Palestinian Authority and Israel.

The newspaper pointed out that Kerry’s choice to not to deliver the message thorough lower-level officials indicates his anger at Prime Minister Binyamin Netanyahu, particularly after Kerry asked Jerusalem and Ramallah to refrain from upsetting the apple cart.

However, the cart never really moved because Kerry has put it in front the horse.

His “hit the ground running” approach in the Middle East is exactly the same mistake President Barack Obama made when he first took office. His “reaching out to Muslims” speech in Cairo created Great Expectations that turned into greater disappointment in the Arab world.

Haaretz’s Barak Ravid, who reported on the details of Kerry’s phone call to Oren, wrote two weeks ago, “Kerry so far looks like a naive and ham-handed diplomat who has been acting like a bull in the china shop.”

Kerry likes talking on the phone. After PA Prime Minister Salam Fayyad announced last month he was resigning, the Secretary of State called him and PA Chairman Mahmoud Abbas to prevent the resignation, which, according to Ravid, “did more harm than good.”

Abbas’ Fatah party leaders were against him from the beginning, if for no other reason than because he was hand-picked by the United States to be prime minister. Kerry’s personal intervention only reinforced the fact.

Kerry also has held endless conversations with Prime Minister Binyamin Netanyahu, but the more Kerry talks, the less anyone in the Middle East listens.

After 15 years of constant American deadlines for a peace agreement between the Palestinian Authority and Israel, Kerry added another one. He told Congress that the “window of opportunity” will be shut in less than two years. That might be true if he is looking through he window of his plane, from where he can see daylight forever – until he lands.

Another deadline he set a few weeks was the resumption of direct talked between the Palestinian Authority and Israel within two months.

He stipulated that neither side would take any unilateral moves or set pre-conditions.

Reflecting the unspoken view of both the Netanyahu and Abbas administrations that Kerry is a fish out of water in  the Middle East, the Palestinian Authority promptly stated that he would be happy to talk with Bibi, so long as it is understood that Israel will accept in advance everything he wants.

Abbas is only requesting that Israel simply return to the 1949 Temporary Armistice Lines that existed until 1967. And if that is the case, obviously Israel must again announce it will stop building in those areas.

And since no Jews will be living there, Abbas reasons that Israel has no reason not to release Palestinian Authority terrorists from jail.

In the Middle East, no one lets the other side think he can play solitaire, so it is no wonder that the government decided to legalize the Jewish communities.

As Kerry gets closer to boarding the plane for Israel, Palestinian Authority and Israel negotiators are giving him all the rope he needs to hang himself.

Tzipi Livni, Israel’s unofficial Minister for the Peace Process, told the Knesset’s Foreign Affairs and Defense Committee Tuesday, “We want the Palestinian Authority to know that peace talks are the only game in town.” 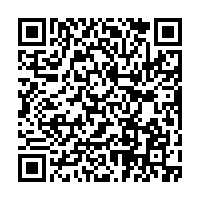