Justice Minister Tzipi Livni and Jewish Home chairman and Minister for Religious Affairs Naftali Bennett unveiled the outline Monday morning of their new bill to eliminate the system of a two-headed Chief Rabbinate and replace it with “one rabbi for one people.”


In Israel, there is no lack of different synagogues representing the origin of their worshippers’ families. There are Iraqi, Iranian (Parsi), Egyptian and Yemenite synagogues, to mention a few.

Livni, who is secular, and Bennett, who is modern Orthodox, each believe that one chief rabbi is enough for everyone,

Their bill would clear the way for a single chief rabbi in 10 years, when the next election will take place. Three months ago, Haredi Rabbi David Lau defeated national religious Rabbi David Stav to head the Ashkenazi rabbinate. Rabbi Yitzchak Yosef was elected Chief Sephardi Rabbi.

Both of the new chief rabbis are sons of two of the most popular men ever to serve as chief rabbi – Rabbi Yisrael Meir Lau and the late Rabbi Ovadia Yosef, who was highly controversial among those outside of Sephardi circles. Each man is a legend, and the thought of a single chief rabbi would have been unthinkable under their charismatic leadership.

Livni and Bennett insist they are not retrying to blur the lines of tradition. A single rabbi undoubtedly would save money, but finance is not part of their agenda.

“There is one prime minister, one president, one supreme court and one IDF Chief of Staff,” Livni said. The time has come that there should be one rabbi for one people, The time has some that Israel has one chief rabbi to unite all segments of Israeli society, [The time has come for] a rabbinate that will serve all religious sectors instead of a county that retains the separation of communities. It is possible to respect tradition in the house without separating religious authority,” she said.

Bennett chimed in, “This [bill] is an important step that symbolizes unity. The appointment of one rabbi is one of those subjects that raises the question, ‘Why wasn’t it done sooner?’ Today, when an Ashkenazi and Sephardi marry, there not two rabbis. Today, there is one army, and there are no separate positions for Ashkenazim or Sephardim.”

The idea sound so nice. All of the People of Israel will unite together, holding hands, dancing the hora and embracing each other with whole-hearted acceptance as a person and not as a “Sephardi” or “Ashkenazi.” Peace and love all wrapped up in a stewing pot of melted Jews.

Judaism has survived and blossomed since the 12 Tribes of Yaakov (Jacob) because of their unity as Jews and differences of character, personality and customs.

“One rabbi for one people” would discourage diversity. Obviously, a single chief rabbi would be an expert in different customs and would not issue a ruling that would violate a community’s customs. Sephardim would not be told to give up “kitniyot” for Passover and Ashkenazim would not start rising before dawn to recite Selichot prayers during the entire Hebrew month of Elul before Rosh HaShanah.

Regardless of whatever merits there may be to the bill, and despite probable enthusiasm from Israel’s leading secular media, the bill will have tough going.

Overcoming centuries of tradition in one Knesset session is a bit too much for Livni, the darling of dwindling leftist-center secular Israelis who did not vote for Yair Lapid and a villain to national religious Jews, including Bennett except for the one-rabbi bill. Bennett is riding a wave of secular support for his Jewish Home party, the inheritor of the old Mafdal crowd.

If the bill gets to the Knesset floor, it will provide lots of colorful copy for journalists. Shas will go berserk, and the United Torah Judaism party of Haredi Ashkenazi Jews will be able to sue Bennett for Livni for causing them a collective heart attack, God forbid. 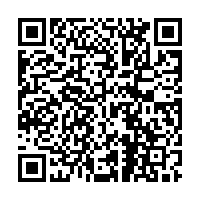