Data from Start-Up Nation Central’s Finder innovation business platform shows an average annual decline of 14% in the establishment of new startups since 2016. Data produced by the Innovation Authority, meanwhile, shows that this trend began two years earlier. Examining global statistics on new startups shows a similar trajectory with an average annual decline of 17% since 2016.

Data from Start-Up Nation Central’s Finder innovation business platform shows an average annual decline of 14% in the establishment of new startups since 2016. Data produced by the Innovation Authority, meanwhile, shows that this trend began two years earlier. Examining global statistics on new startups shows a similar trajectory with an average annual decline of 17% since 2016.

Between 2014 and 2020 alone, around 200 multinational corporations entered Israel. Combined with the increase in local growth-stage companies, their arrival sparked fierce competition for human capital, which is critical for the establishment of startups. As a result, the large and growth-stage companies attracted people who would have potentially become entrepreneurs into high-paying management positions with low risk and good conditions, which lowered their motivation to start new ventures. The rise in wages and benefits also increased the costs of proving new startups since the main expense of a typical young startup is in recruiting research and development team members who possess exceptional technical skills. These are the very same employees whose wages have risen most sharply in recent years.

Another trend found by the study is that the decline in the establishment of startups primarily focused on the social media and advertising sector. The decrease in the number of new companies in this sector was noticeable from the first year of the study (2014). When comparing the number of startups proved in 2019 to the number in 2014 (200), it appears that the decline in this sector constitutes about 70% of the total decline during those years.

The study also examined the often-touted claim that the decrease in the number of new startups is due to investors’ improved ability to figure out which companies will become successful. This claim was examined using an index that measured the percentage of companies launched each year that managed to raise seed rounds or later rounds, within a given period. The findings did not show an increase in the quality of startups established in recent years that can validate the claim of increased investor sophistication in identifying early-stage success.

The report’s authors believe that while the downward trend in entrepreneurship in an array of sectors should certainly worry decision-makers, industry market adjustments are not a source of concern. The relatively short timeframe, the delay in obtaining complete data, and the COVID-19 pandemic that disrupted the market make it difficult to determine clearly the causes for the decline. Therefore, the researchers believe that there is currently no room for wide-scale government intervention beyond the standard investments by the Innovation Authority, but that preparation for such actions is certainly in order.

Although the government aims to significantly increase the number of high-tech employees, and the establishment of a large number of new startups each year would increase the chances of growing a significant concentration of established Israeli tech companies, the researchers say it is not clear whether it is possible to determine an optimal number of companies and to balance between encouraging growth and encouraging competition over resources, and that therefore no government intervention is currently needed. They recommend that the government continue monitoring the industry and track the persistent decline in entrepreneurial ambition and its possible impact on additional sectors.

The report urges decision-makers to take heed of the warnings over the decline in entrepreneurial ventures and to continue to track the number of new startups and their division into sectors, placing special emphasis on sectors with high-risk technology. However, the report also decides that the threshold that requires wide-scale government intervention — beyond the Innovation Authority’s early seed-stage efforts — has not yet been crossed. 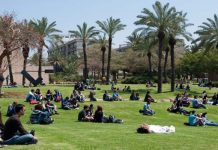 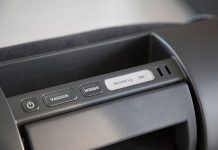