The war to assimilate has gone for the “soft sell,” with a Christian missionary blitz trying to convince Jews in Maryland and other states that it is okay to have a double identity as a Jew and a Christian.

Ten young women from a Baptist college in California have fanned out in Greater Baltimore’s highly concentrated Jewish community to try to convince them to accept Jesus while remaining Jews.


Unlike the Jews for Jesus movement, the new missionary program carries an even more dangerously tempting message for wavering Jews.

Arthur C. Abramson, executive director of the Baltimore Jewish Council, told the Baltimore Sun that even the most liberal rabbi would reject the notion of a “Jewish Christian.”

The proselytizing program is particularly offensive to the area’s Jewish community because it replaces the clearer and less acceptable notion of outright conversion to Christianity.

The missionary effort is being financed by Tom Cantor, who was born into a Jewish family and who is the president of a medical products company in southern California. He said he spends more than $4 million a year to push his concept in the United States and elsewhere. The $1 million summer blitz focuses on Jewish areas in Baltimore as well as in other major East Coast cities.

The Baptist girls approach them in modest clothing, giving the impression that they may be Orthodox Jews, although Lou Rossi, a pastor of  church helping the campaign  told the Sun he does not think the women are trying to deceive anyone.

Abramson last week decided to meet with Rossi, pastor of the Granite Baptist Church, which furnishes a van for the missionaries.

“Our goal has never been to disrupt or violate the Jewish community, or any community,” said Rossi, but he admitted that touring Jewish neighborhoods with a van marked “Granite Baptist Church”  is a cause of complaints from Jewish residents.

“This is not talking to Jews,” Ruth Guggenheim, executive director of Jews for Judaism in Baltimore, told the Baltimore newspaper. “This is no different than the Jehovah’s Witnesses coming to your door.”

The women often try to open a conversation by telling people in their homes that they want to talk about Israel, and they go into their sales talk on Jewish Christianity.

Cantor insists he is a Jew. “I love my people. … I don’t want any of them going to hell” for not having accepted Jesus.

Rabbi Mitchell Wohlberg of the Beth Tfiloh  Congregation, the largest modern Orthodox synagogue in Greater Baltimore, told the Sun that if Cantor really cares about Jews, he can contribute his money to Jewish causes.

Here is one suggestion:  Organizations that fight missionaries. 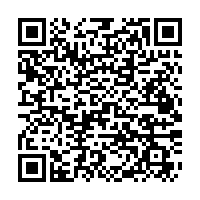