The city of Shiloh in Samaria played host once again to an annual “Tefilat Hannah” (Hannah’s prayer), an event that is a long-standing tradition held at Ancient Shiloh before the High Holidays. Only this year, modern technology allowed for the live, interactive participation of thousands of women from communities in America as well.

Hundreds of women attended the traditional Tefilat Hannah event in person at Ancient Shiloh in the Binyamin Regional Council. Tefilat Hannah is held on the 25th day of the Hebrew month of Elul, which fell out on the 21st of September this year. This is 5 days before Rosh Hashanah – the Jewish New Year- and on the day on which the Talmud says that God first created the world. Rosh Hashanah itself actually marks the sixth day of creation, when Adam, the first man, was created.

Hannah was the mother of the Prophet Samuel (Shmuel in Hebrew). He was the prophet who anointed the first king of Israel, Saul, and then his successor too, King David. Hannah was unable to bear children and so she made a special personal prayer to God asking for a child.

Her husband was a Levi (Levite) and so he worked at the Tabernacle aiding the Priests in performing the sacrifices. This was before King Solomon built the Temple in Jerusalem. The Tabernacle was a tent that could be disassembled and moved from place to place in ancient Israel. At the time of Hannah, it was situated in Shiloh.

As is recounted in the Book of Samuel I, Hannah entered into the Tabernacle to make her prayer. She was seen by the High Priest Eli who was confused at the sight of a woman engaged in silent prayer.

“And Hannah spoke in her heart,” reads the passage in the Bible. “Only her lips moved and her voice could not be heard.”

From this verse, Jews learn in the Talmud how to pray, that when praying in earnest one must pray in his heart, but with his lips moving. And the verse also teaches the importance of prayer for women, as well as men.

Tefilat Hanna is a women’s event with only women participating, who held a group prayer session.

This year’s gathering was preceded by a guided tour of Ancient Shiloh, including a special sound-and-light presentation. Participants then recited emotional, heartfelt prayers at the same site where Hannah had stood at the entrance to the Tabernacle and pleaded for a son.

The highlight of the evening was when the participants in the US and Israel prayed for one another, after having exchanged names for special prayers prior to the event.

Binyamin Regional Council Governor Israel Ganz told those gathered, “Shiloh will always be the place where Jews gather together from all parts of Israel, three times a year; the place where the prophet Samuel grew up; and from where he went out to unite the Jewish People.”

“On this special evening, which has been held for 11 years in a row, we have been privileged to again feel the power of the connection of the Jewish People, in the excitement of unity with women from communities in Florida. This is an evening of bringing hearts together and the power of prayer.”

For Eliana Passentin, however, this year had special meaning, as she explained to TPS.

“I have lived here for 27 years and we do this every year,” she said. “But this year was special for me in that I had a longstanding dream to connect different communities from around the world and this year we were able to make that possible.”

“With new tech, we were able to have an interactive live event,” added Eilana. “For the first time, this event was live-streamed via state-of-the-art, interactive technology, by Uploz, to thousands of women in Jewish communities in Florida – Palm Beach, Boca Raton and Bal Harbor. This broadcast enabled these women to genuinely feel a part of the event taking place thousands of miles away.”

When Eilana spoke at the event, she told the true story of a woman named Hannah (yes that really is her name) from Florida who did not have any children herself. So, like the Biblical Hannah, she came to pray in Shiloh and asked God for a child. This was 28 years ago – also on the 25th of Elul – and she became pregnant almost immediately, giving birth about 9 months later.

This Hanna also named her son Shmuel (Hebrew for Samuel) like the prophet, and 13 years later he came to Shiloh for his Bar Mitzvah. 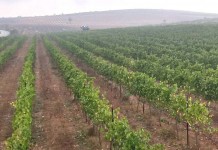 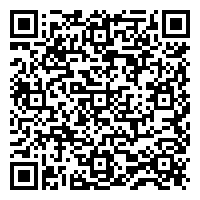