Of course, all these optimistic notions may be shot to hell should we start seeing the numbers in previously untested areas such as Haredi cities and Arab towns in Israel. It has been about three weeks since Purim, when the largest number of infections are assumed to have taken place. If two weeks is the incubation time of the virus, we should see an explosion of cases right about now. But if the next two weeks continue to show a moderate rate of infections which is even on a decline, we could be out of the dark after the Holiday of Spring (a.k.a. Passover).

The 58-year-old man from Holon who passed away on Monday at Yitzhak Shamir Medical Center, formerly Assaf Harofeh Medical Center, had not contracted the coronavirus. Apparently, the patient was suffering from “background illnesses” and there was concern about his carrying the virus, but another examination—presumably postmortem—discovered that he had not been infected. Assaf Harofeh issued a statement saying: “In these harrowing times, we take extra precautions when a patient with severe background illnesses arrives. Unfortunately, this (meaning a misdiagnosis – DI) happens.”

As Israel enters its 41st day of confronting this invisible enemy, one of the assumptions about the victims of a pandemic is that before they succumbed to the disease, they had infected many others in their vicinity. But, considering the low mobility of elderly patients, most of whom resided in sheltered living facilities, that concern is reduced significantly and could explain why the figures in Israel have been less alarming than in comparable countries (see the comparison in our story yesterday, Bibi’s Haredi Adviser Infected; PM Self-Isolating; Prof. Levitt Explains his ‘I’ll Be Surprised If 10 Israelis Die’ Statement).

And, proving that any discussion of statistics, especially in relation to morbidity, is hazardous, two patients died overnight Tuesday who were not elderly: one 49-year-old coronavirus female patient who suffered from background illnesses passed away at Assaf Harofeh where she had been since last Thursday; and a 50-year-old woman who suffered from background illnesses and was hospitalized for 10 days in the ICU died at Sheba Medical Center in Tel HaShomer.

With the patient from Holon who was misdiagnosed removed from the list of coronavirus fatalities, as of Tuesday morning, there have been 17 deaths from the virus since February 20, when the first case was detected in Israel. Altogether, 4,831 patients tested positive for the virus, of whom 83 are in critical condition with 69 on artificial respirators, 95 are in moderate condition, and 4,473 in light condition. 163 have recovered and were released. 573 are in hospitals, 2,580 are at home, 619 in converted hotel units, 879 in the process of being moved to a community facility based on a decision of their municipality.

43,389 Israelis are in voluntary isolation at home, having spent some time near an infected person. 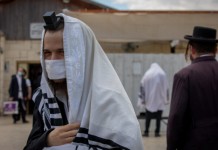 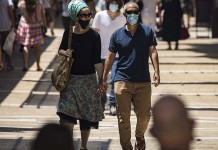 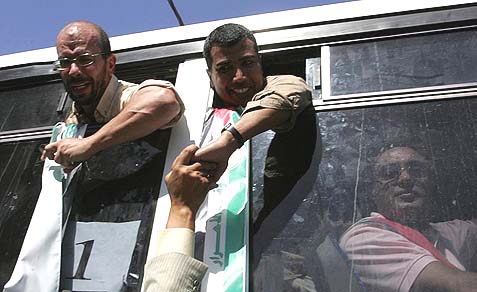